Fighters proclaiming allegiance to Islamic State seized most of a large swath of a Palestinian refugee camp on the outskirts of Damascus on Wednesday, a bid to capture the group’s first major foothold close to President Bashar al-Assad’s seat of power. Mirroring the way Islamic State has grown elsewhere in Syria, its fighters seized control of areas of the camp from other insurgents, helped by rebels from the rival al Qaeda-linked Nusra Front who switched sides, a political activist in the area said. Until now they did not have a major presence in the area around the capital, where insurgents have mainly been loyal to other groups.

The regime has established strong checkpoints and infrastructure to prevent forces from actually getting inside Damascus. But they are edging closer.

Hassan Hassan, an analyst and author of a book about Islamic State

Islamic State fighters already control swathes of eastern Syria and northern Iraq and are facing an international campaign of air strikes led by the United States. However, Iraq vowed Wednesday to reclaim the entire country from jihadists after having liberated the city of Tikrit, its biggest boost yet in the fight against the Islamic State group. The loss of Tikrit further isolates Mosul, the capital of Nineveh and the main IS hub in Iraq, with Baghdad’s forces now poised to push north while Kurdish forces close in from the three other directions. Tikrit is the largest city yet to be pried away from the Islamic State group. 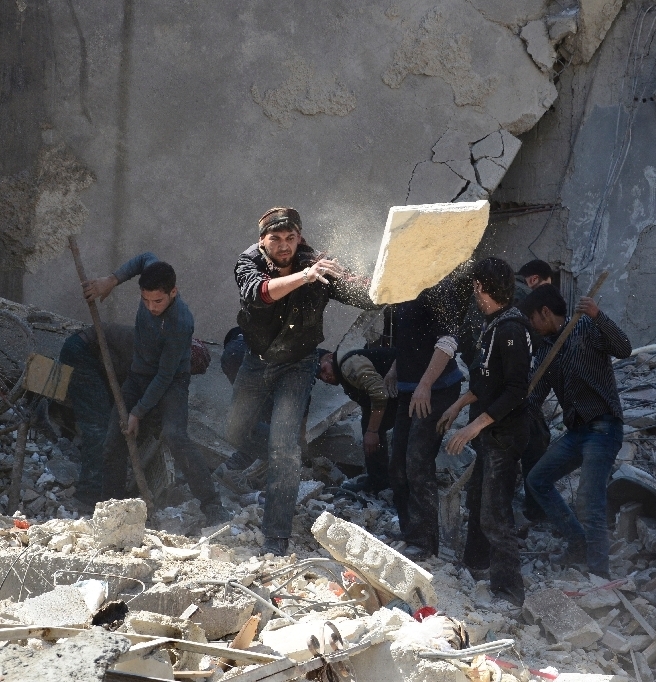