With time running short, Republicans and Democrats agreed Tuesday on a $1.1 trillion spending bill to avoid a government shutdown and delay a politically-charged struggle over President Barack Obama’s new immigration policy until the new year. In an unexpected move, lawmakers also agreed on legislation expected to be incorporated into the spending measure, that will permit a reduction in benefits for current retirees at economically distressed multi-employer pension plans. Supporters said it was part of an effort to prevent a slow-motion collapse of a system that provides retirement income to millions, but critics objected vehemently.

The federal government’s going to run out of money in two days. We’ve been trying to work with Republican leaders to avoid a shutdown.

At 1,603 pages, the spending bill adheres to strict caps negotiated earlier between the White House and deficit-conscious Republicans, and is also salted with GOP policy proposals. As described by unhappy liberals, one would roll back new regulations that prohibit banks from using federal deposit insurance to cover investments on some complex financial instruments. Elsewhere, there were trade-offs. Democrats won increases for enforcement activities at the Securities and Exchange Commission and the Commodity Futures Trading Commission, while Republicans emerged with a $60 million reduction at the Environmental Protection Agency. 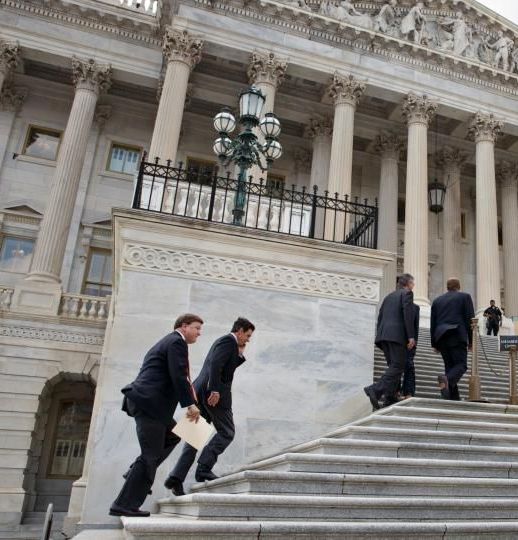