Disastrous olive harvests in much of southern Europe have sent wholesale prices shooting up, meaning consumers around the world will be paying substantially more for a culinary staple prized equally by gourmets and physicians. In Spain, which last year accounted for half the world’s production of all grades of olive oil, a toxic cocktail of scorching temperatures, drought and bacteria is expected to halve output this year. In the Southern Italian heartland of poshly-packaged oils that connoisseurs discuss like fine wines, it was a humble fly that wreaked havoc after being handed optimal breeding conditions by the erratic climate. A fly-bitten olive is also more likely to drop from the tree earlier and, even when usable, will produce oil with elevated acidity levels and a reduced shelf-life.

In the worst cases [fly-bitten olives] can be rancid. Even a non-expert will quickly spot the faults.

Figures from the International Olive Council suggest wholesale prices of Italian oil have risen 37 percent from 2013, but Buonamici warns the rise for top quality oils like his will be steeper. “Those are the prices ex-press,” he told AFPTV. “For the final consumer the increase is likely to be more than 60 percent.” But as with every cloud, there is a silver lining. Producers in Greece and Tunisia, who have enjoyed bumper harvests this year, are looking forward to grabbing a slice of the high-value market which, they believe, has been cornered by Italy for too long. And record prices for top oils also provide an incentive for farmers elsewhere to start planting: Australia in particular is seen by industry experts as the sleeping giant of the olive world. 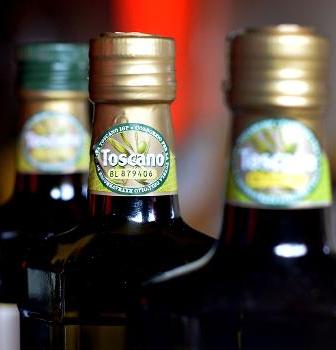