Holy Bargain, Batman! The original Batmobile fetched $137,000 at auction on Saturday, a small fraction of the $4.2 million that a buyer paid last year for another version built for the television show that aired during the 1960s. It was the first time that the 1963 Batmobile, a replica of the sleek black ride used by the DC Comics superhero, was up for auction since it was cast off and forgotten decades ago. Dallas-based Heritage Auctions handled the sale. Information about the buyer was not immediately available.

This is a great piece of lost pop culture and Americana. There is a lot of interest in it.

Margaret Barrett, director of entertainment and music at Heritage Auctions

The car was the creation of Forrest Robinson, a Batman fan who spent three years customizing a 1956 Oldsmobile 88 with a 324 Rocket engine to resemble the single-fin vehicle depicted in DC’s Batman Comics from the 1940s and 1950s. Robinson’s Batmobile was completed before George Barris began building a Batmobile for the ABC TV series “Batman,” which aired for three seasons until 1968. 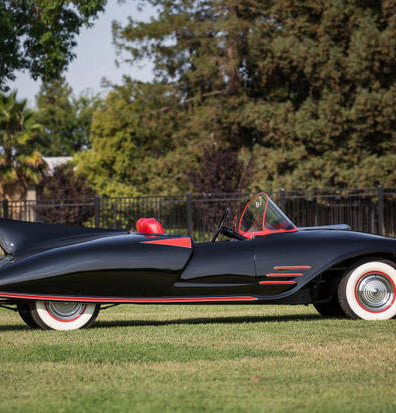