A cargo plane carrying the remains of 74 South Africans killed in a building collapse in Nigeria landed in Pretoria on Sunday, two months after the accident that claimed their lives. The remains of another nine South Africans who were among the 116 people killed on Sept. 12 when a multistorey guesthouse collapsed at a Lagos mega-church will be repatriated after the DNA identification process is complete. The chartered Antonov plane laden with four mortuary vans landed at the Waterkloof air force base shortly before 8am (GMT) in an event carried live by public broadcaster SABC. Deputy President Cyril Ramaphosa was to preside over the official ceremony to receive the bodies later in the day.

We have 100 percent fool-proof plan that should we get a green light, we should be able to dispatch two chartered flights to Lagos so that Saturday evening we can be able to transport the remains to South Africa.

Jeff Radebe, a minister in the presidency told journalists on Tuesday

Nigeria released the bodies on Saturday after a high-level government delegation led by Jeff Radebe, a minister in the presidency, spent a week in Nigeria to fast track the repatriation process. Radebe had met President Goodluck Jonathan in Abuja to discuss the speedy repatriation of the remains. The head of the mega-church and one of Nigeria’s most popular preachers, TB Joshua, suggested that a low-flying aircraft reportedly seen over the building four times before it came down was to blame for the collapse, and said he had been targeted in a deliberate attack. But expert witnesses at a coroner’s hearing ruled out aerial sabotage or an explosion. The court was told that the guesthouse did not have planning permission. 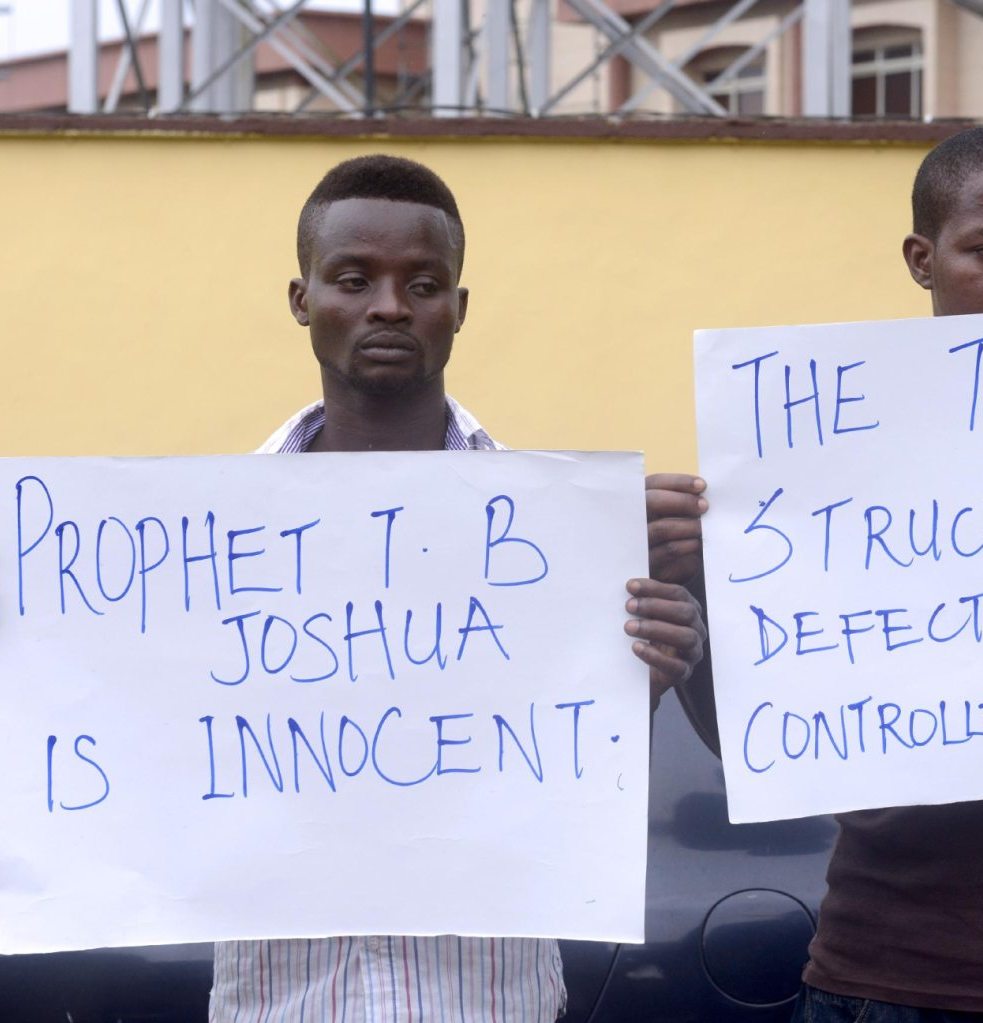