If you go down to Europe’s woods today, you’re in for a big surprise

The reintroduction of brown bears as part of Europe’s “re-wilding” programmes is causing trouble on a continent no longer accustomed to large predators: High on the hills above Nals in Italy’s Alpine northern region of South Tyrol, for example, the Windegger farm has lost four sheep to bear attacks this year. And local hunter Hans Gassebner, 72, has erected an electric fence around his buzzing beehives after a sweet-toothed bear wrecked them. Brown bears used to be widespread throughout northern and central Europe, Asia, the mountains of north Africa and western North America as far south as Mexico. But losing territory to human expansion and hunted for their fur, they now cover just two per cent of their former habitat, numbering some 200,000. Half are in Russia, 30,000 in North America and 8,000 in Europe.

Bears are extraordinary and wonderful beasts who are an essential component of the living system … It would be a great tragedy, I think, if we can’t find ways of living with them.

In northern Italy, 10 bears from the southeastern European country of Slovenia were released in 1999. The population has since soared to 40 to 60 animals, some of whom have made it to Switzerland, Austria and Germany. Several have been killed. Proponents say that as a “keystone species”, big predators are important players in ecosystems, having hugely beneficial and sometimes surprising trickle-down effects. Bears play an important role keeping other animal populations in check and also in “seed dispersal” from their droppings. But as the numbers grow, public enthusiasm for reality of bears in the woods has shrunk: When the re-wilding programme started, two-thirds of the public in Northern Italy were in favour of the reintroduction of bears. Today, two-thirds are against it. 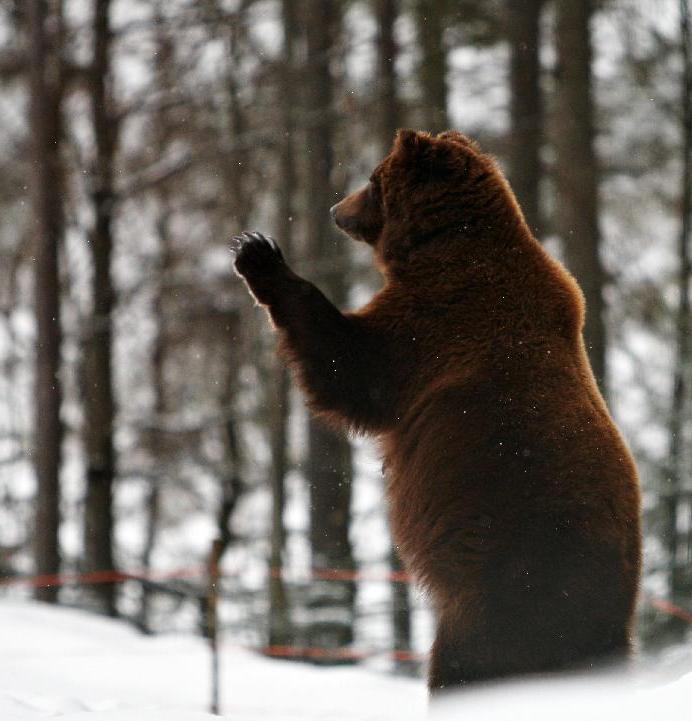