Bombings in Baghdad and the northern city of Kirkuk killed at least 42 people in Iraq on Saturday as the government investigated a deadly attack on a Sunni mosque the day before that has heightened sectarian tensions amid a fragile political transition. In oil-rich Kirkuk, long disputed by Baghdad and the Kurdish regional government, three bombs went off in a crowded commercial district, killing 31 people and wounding dozens, Kirkuk deputy police chief Tarhan Abdel-Rahman said. One witness said he heard “an explosion between the cars, and then we started carrying out the dead bodies from there while people were burning inside the shops and cars.” In Baghdad, a suicide bomber had earlier driven an explosives-laden car into the gate of the intelligence headquarters in Karrada district, killing six civilians and five security personnel, a police officer said; he said 24 other people were wounded. A medical official confirmed causality figures, but both officials spoke on condition of anonymity as they were not authorized to brief the media.

What happened yesterday is a crime that we cannot turn a blind eye to.

Qais al-Khazali of the Iranian-backed Asaib Ahl al-Haq, or League of the Righteous, which has been accused of attacks on Sunnis in the past

The attacks came after parliament speaker Salim al-Jabouri said that a committee of security officials and lawmakers were probing Friday’s attack against a village mosque in Diyala province, northeast of the capital, which killed more than 60 people. The results of the investigation are expected in two days’ time. It remained unclear whether the attack in the village of Imam Wais was carried out by Shiite militiamen or insurgents from the Islamic State group who have been advancing into mixed Sunni-Shiite areas in Diyala and have been known to kill fellow Sunni Muslims who refuse to submit to their harsh interpretation of Islamic law. 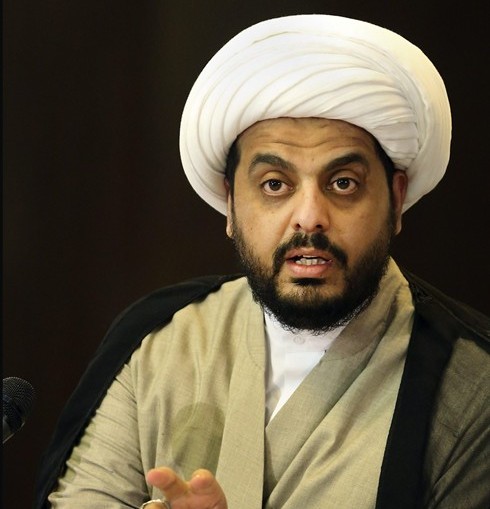