Thousands of Shi’ites in the Iraqi town of Amerli are in imminent danger of being massacred by militants from the Islamic State (IS) unless urgent action is taken, according to the head of the United Nations assistance mission in Iraq, Nikolay Mladenov. Amerli, a mostly Shia Turkmen town 160 km north of Baghdad, has been besieged by IS forces for two months. There are fears that it may suffer the same fate as Sinjar, where hundreds of Yazidi were massacred and thousands more forced to flee their homes. Although some food is being airlifted in by Iraqi helicopters, food is running out as farmers and their families flee to the town from surrounding villages. Up to 20,000 people are thought to be in the town.

The town is besieged by [IS] and reports confirm that people are surviving in desperate conditions.

Amerli is being defended by mostly farmers and even children with old-fashioned rifles and dwindling ammunition. On Friday Grand Ayatollah Ali al-Sistani, Iraq’s most influential Shia cleric, expressed his concerns about the plight of Amerli after Friday prayer in Kerbala. The warnings come as Shi’ite militia opened fire in a Sunni mosque on Friday, leaving efforts by newly appointed Prime Minister Haider al-Abadi to form a coalition Sunni and Shia government in tatters. Adding to tensions, a suicide bomber at an intelligence office in Baghdad killed at least 13 people on Saturday.

It is a humanitarian disaster. Twenty thousand people in Amerli are fighting off death. There are children who are only eating once every three days. I can’t describe the situation. I just don’t know what to say. 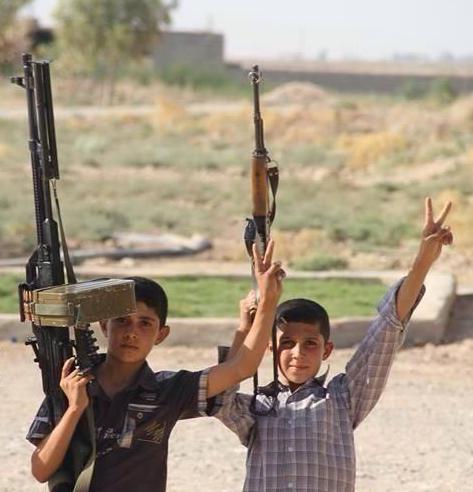