Iceland has raised its aviation alert for the restless Bardarbunga volcano to red, indicating that some type of an eruption was either imminent or in progress. Thousands of small earthquakes have rattled the volcano deep beneath Iceland’s Vatnajokull glacier in the last week, with activity picking up Saturday after a lull the day before. The red alert is the highest warning on the country’s five-point scale.

The thicker the ice, the more water there is, the more explosive it will be and the more ash-rich the eruption will be.

Earlier this week authorities had evacuated several hundred people from highlands north of the Vatnajokull glacier as a precaution. The area is uninhabited but popular with hikers. A 2010 eruption of the Eyjafjallajokul volcano produced an ash cloud that caused a week of international aviation chaos, with more than 100,000 flights cancelled. Aviation regulators since have reformed policies about flying through ash, so a new eruption would be unlikely to cause that much disruption. 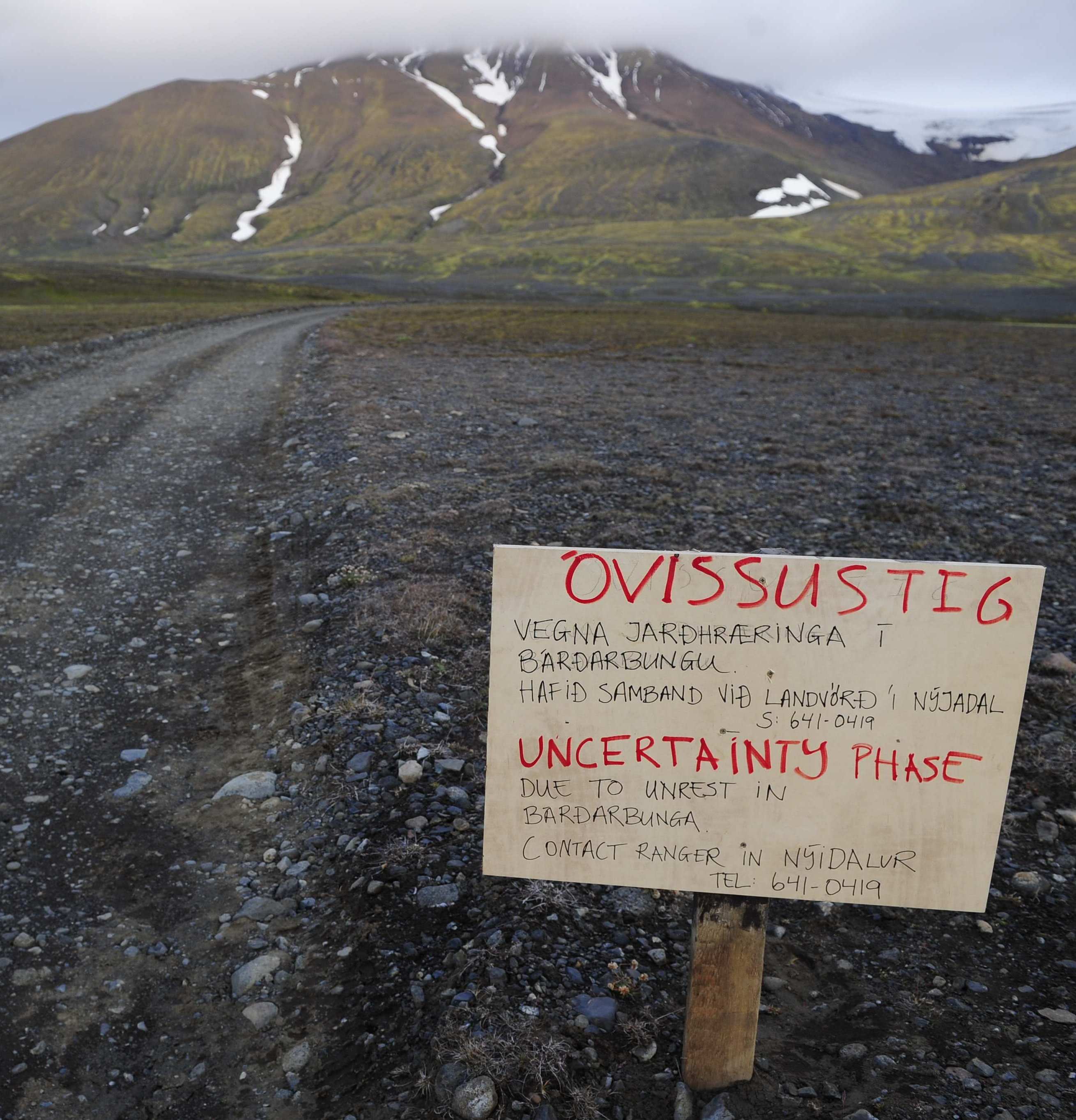