World Cup fever intensified across Brazil on Friday and Saturday as violent protests subsided, fans streamed to a second and third day of matches and a crushing defeat Friday for defending champions Spain set the tournament alight. Despite a last minute scramble to get some venues ready and heavy rains in northeastern cities that hosted the day’s first two games, dramatic on-the-field action eclipsed most of the concerns outside stadiums. However, in one of the most recent developments, police in the Brazilian state of Mato Grosso are investigating the alleged rape of an American woman on Friday night after the World Cup soccer match between Australia and Chile.

People have a right to complain. There are lots of problems in Brazil. But they don’t have the right to be violent or to spoil the World Cup.

The woman, 24, was accompanied by U.S. embassy officials to a hospital in the state capital of Cuiaba, a statement from the Mato Grosso state civil police said on Saturday, the third day of the month-long tournament. Meanwhile, police in Salvador detained 11 people Friday in the northeastern city of Salvador, where the Netherlands beat Spain 5-1 that day, during a small protest against the tournament. Games continued Saturday with four matches, including victories by Colombia over Greece 3-0 at a match in Belo Horizonte and another, considered a stunning upset, by Costa Rica, winning 3-1 over Uruguay in Fortaleza; England and Italy play in Manaus, and Cote d’Ivoire and Japan in Recife in the other Saturday matches. 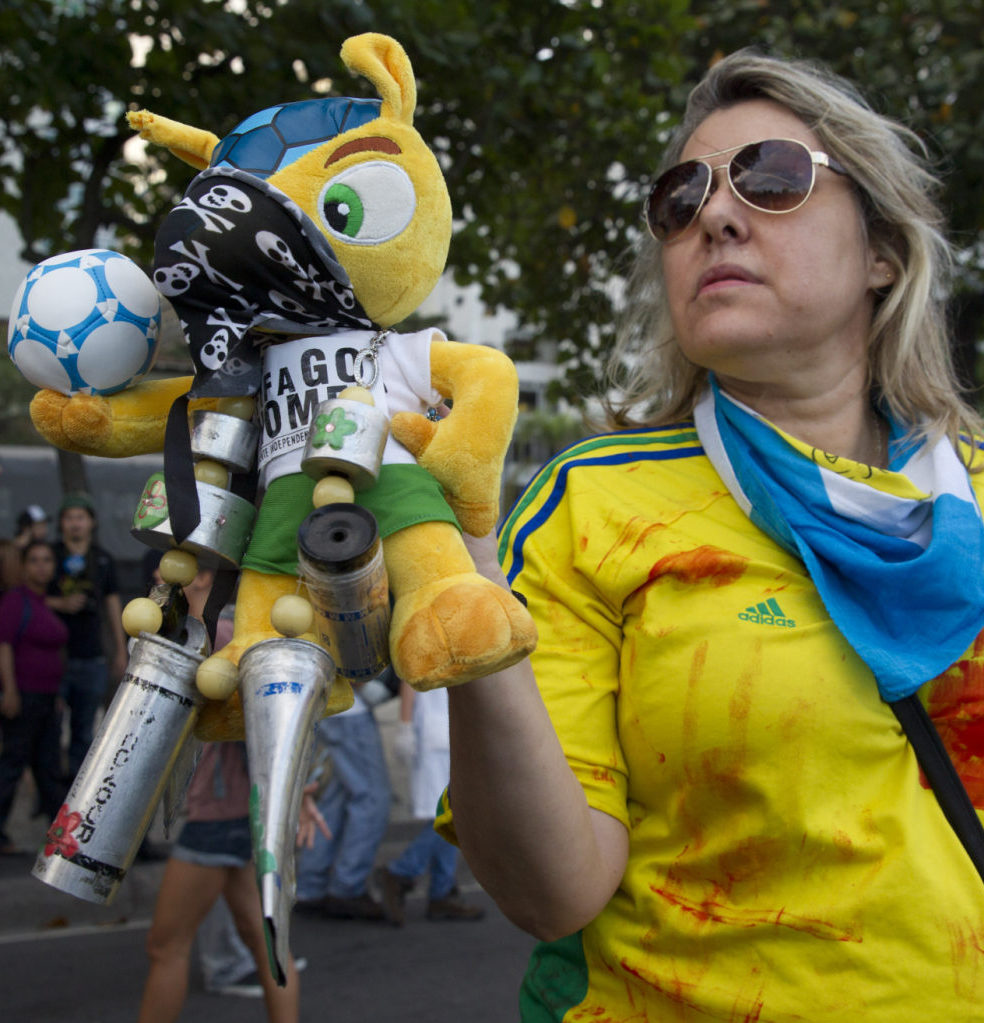