Rory McIlroy didn’t just make his father proud today when he won the British Open at Hoylake, he made him much richer too. The 25-year-old’s win seals a 10-year-old bet made by McIlroy’s dad Gerry and three friends, who each placed a US$170 wager at odds of 500-1 that his son would become the Open champion before he turned 26. The end result: an overall jackpot of $340,000. McIlroy senior also placed a second bet that his Northern Irish son would lift the Claret Jug before he turned 50 at 150-1—leaving him to collect just over $136,000 in profit. McIlroy hasn’t done too badly himself, pocketing a cool $1.67 million while winning the third major of his fledgling career after wins at the 2011 U.S. Open and 2012 PGA Championship.

It was nice to be able to come up with the goods when I needed them.

McIlroy had seen his overnight lead slashed to just two shots as he entered the back nine during an absorbing final round at the British Open on Sunday. Spaniard Sergio Garcia nailed three front nine birdies and an eagle at 10 to pile the pressure on the Northern Irishman, who was trying to keep the lid on his round after an opening hole birdie was followed by back-to-back bogeys at five and six. American Rickie Fowler was also within touching distance on 11 under, five back after beginning the day as McIlroy’s closest pursuer. In the end, McIlroy responded to the challenge with smooth drives to come out two shots ahead of the pair—and the youngest Open Champion after Tiger Woods. 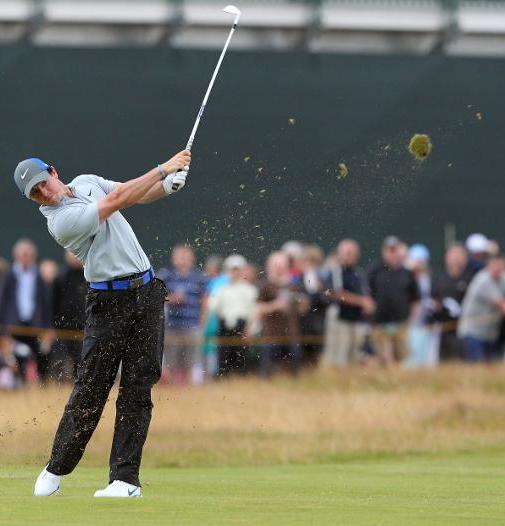