A New York City police officer involved in the arrest of a man who died after being placed in a chokehold has been stripped of his gun and badge, and placed on desk duty, police said Saturday. Eric Garner, a 43-year-old New York father of six, was allegedly selling illegal “loosies”—single cigarettes—outside a Staten Island store. Police used the unauthorised street fighting move to subdue the 350-pound man after he resisted being handcuffed. The incident was caught on video, and Garner can be heard pleading for air before he loses consciousness.

Every time you see me, you want to mess with me. I’m tired of it. It stops today.

Eric Garner told police before he was placed in a chokehold

Officer Daniel Pantaleo, an eight-year NYPD veteran, and another officer who has been with the force for four years were both taken off the street. According to federal court records, three men have sued Pantaleo within the last two years over what they argued were unlawful, racially motivated arrests on Staten Island. Speaking at an emotional rally with Garner’s wife, Rev Al Sharpton said Garner’s death would strain the black community’s relationship with the police department.

We are the only ones in the social setup that has to deal with fear of cops and robbers. 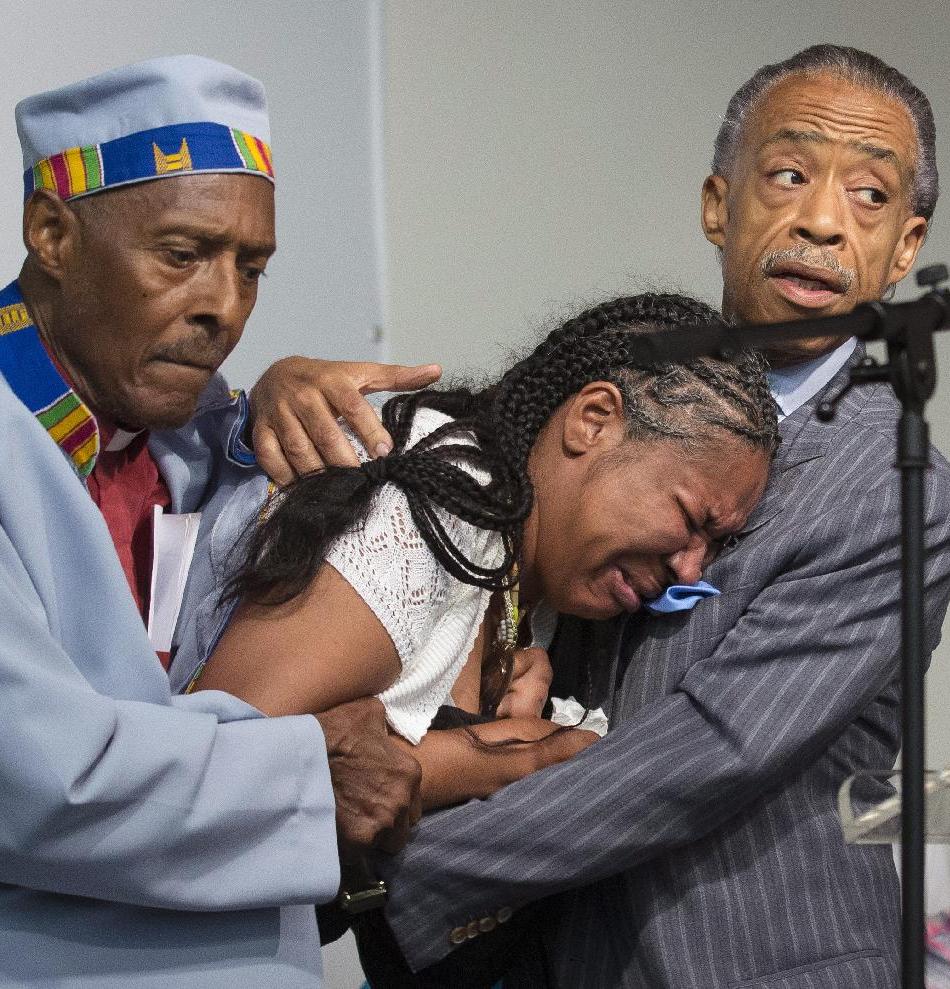