There’s no indication Bruce Jenner was being chased by paparazzi who were nearby when the SUV he was driving became involved in a four-vehicle crash that killed a woman, authorities said Saturday. The Kardashian family patriarch and Olympic gold medalist wasn’t hurt, but five people were taken to the hospital for evaluation after the crash that happened shortly after noon on Pacific Coast Highway in Malibu, said Los Angeles County sheriff’s Sgt. Philip Brooks. The moment of impact was captured by celebrity photographers who quickly posted the images on the Internet, but Philips said there was no evidence Jenner was trying to get away from them.

Being a celebrity, he’s often followed by the paparazzi and he’s aware of that. He was on his way home, and they happen to know his route.

Brooks said Jenner cooperated with investigators, passed a field sobriety test and voluntarily submitted a blood sample to determine whether he was intoxicated. ”He did not appear intoxicated or under the influence of anything at the time,” Brooks said. enner was going north when his black Cadillac Escalade rear-ended a Lexus sedan that had just struck the back of a black Toyota Prius, Brooks said. The Lexus veered into oncoming traffic in a southbound lane and collided head-on with a black Hummer. The driver of the Lexus - a woman in her 70s - was pronounced dead at the scene. It comes at a time of widespread talk that Jenner, 65, is transitioning to become a woman. Though Jenner himself has declined public comment, those in his inner circles have not challenged the mounting speculation that he is preparing to live as a woman and perhaps will appear in a new reality series about his transition. 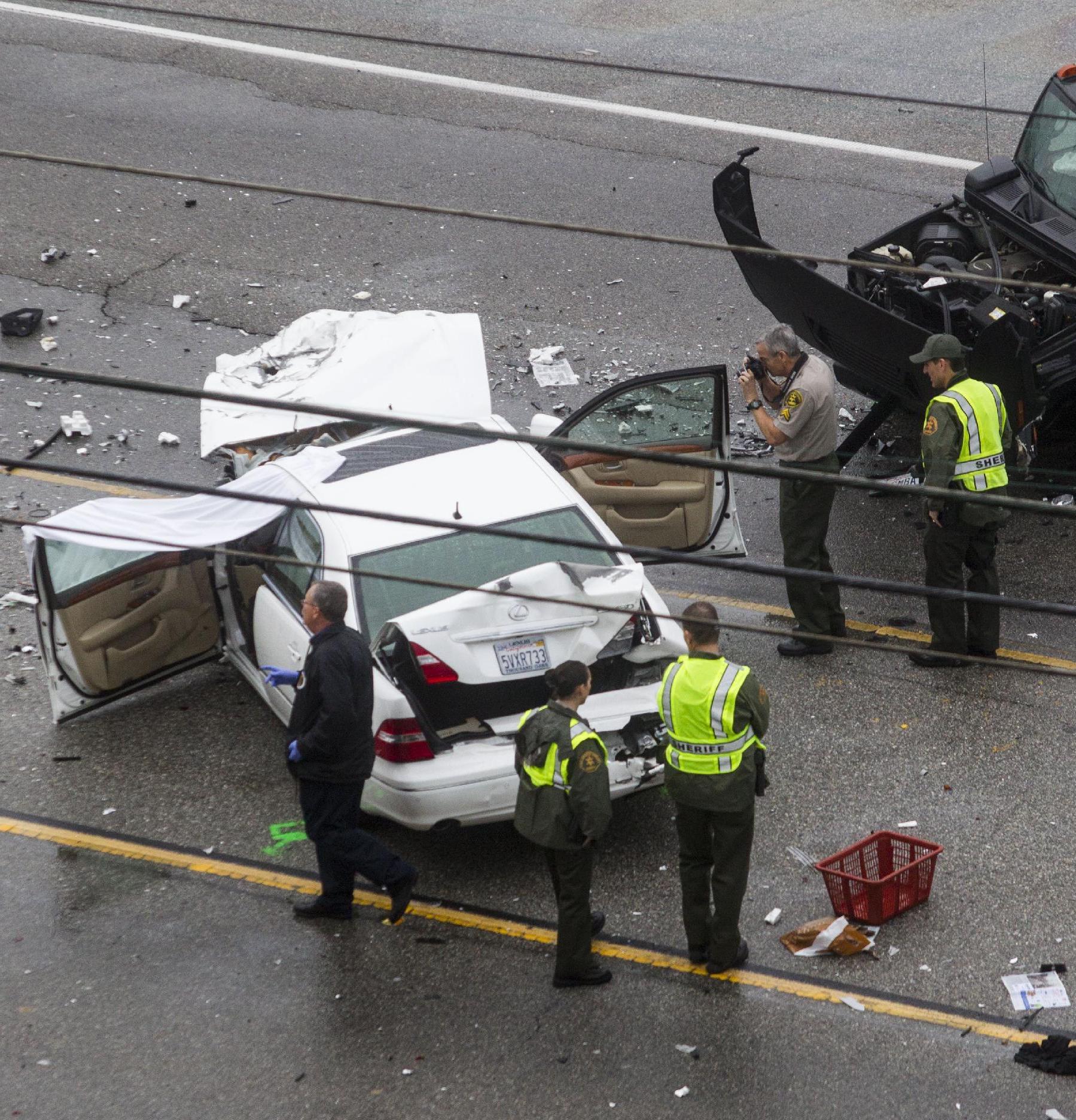