The heads of the E Street Band and Coldplay filled in for the still-recovering Bono in a Times Square concert in New York to rally support for fighting AIDS. U2—billed as “U2 Minus 1” for the night—has played only select shows since a 2009-2011 tour, but announced the free show in Times Square with several hours of notice on Monday to raise awareness and funding on World AIDS Day. Martin, sporting a shirt that read “substitu2,” sang “With or Without You” and “A Beautiful Day”—he stayed faithful to Bono’s lyrics and style while struggling to match his range. Closing the hour-long concert, Springsteen summoned the depths of his emotional force to sing “Where the Streets Have No Name” before a more understated rendition of “I Still Haven’t Found What I’m Looking For.”

Dreams come true for all old and young people alike.

The concert was organized by the Bono-backed Red campaign to mark a decade since the United States dramatically ramped up support for fighting AIDS. Bono appeared briefly in a video at the concert in which celebrities listed items—such as French fries and lipstick—that cost the 40 cents required to provide daily treatment. Former President Bill Clinton, who explained that Bono asked him to address the concert, said that 2014 marked the first time that more people around the world received life-saving drugs than were newly diagnosed with HIV. The concert heard a video message, released earlier in the day, from President Barack Obama who called for sustained efforts to fight HIV. 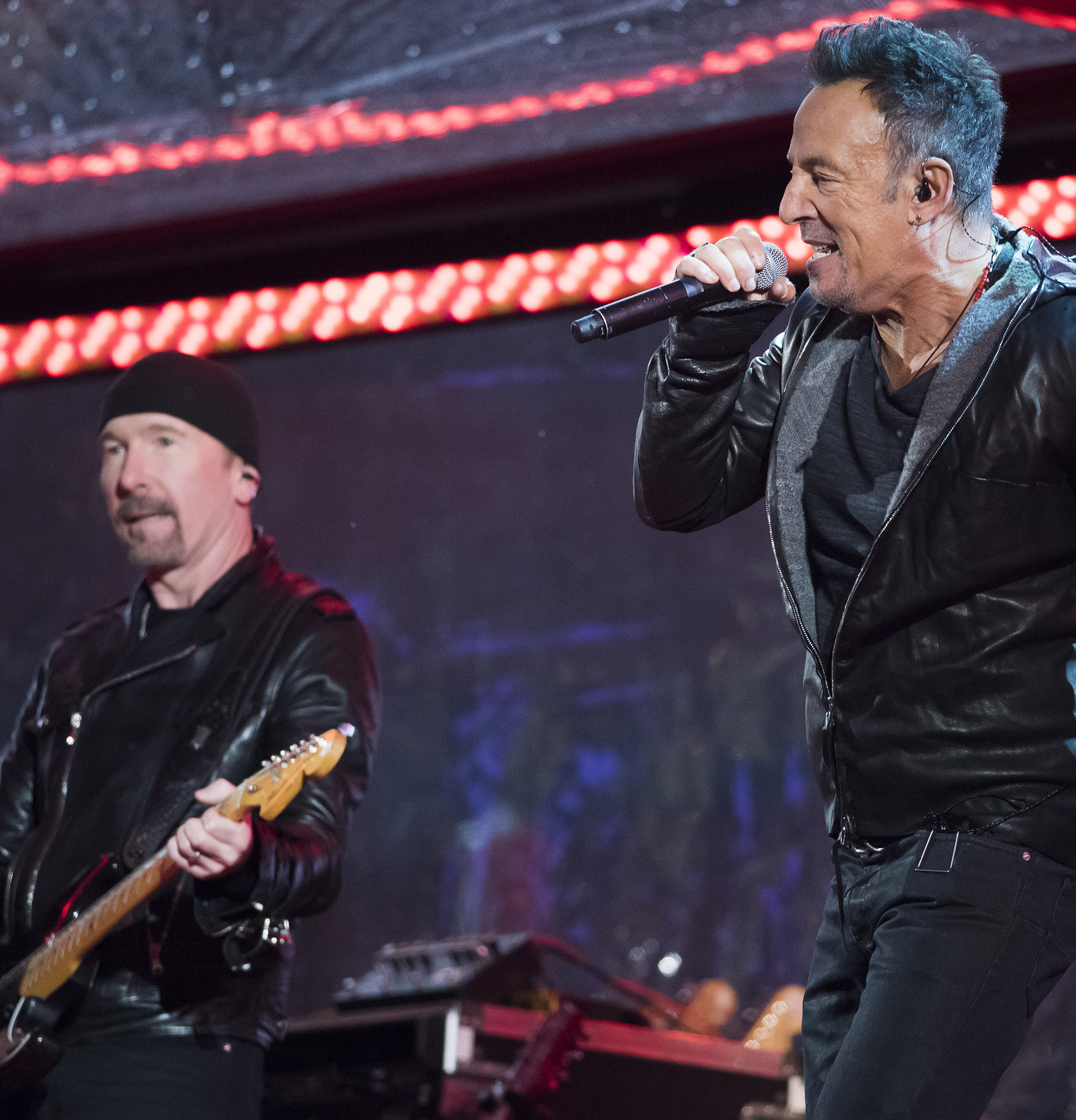