Al Qaeda militants kidnapped 14 Yemeni soldiers returning home by bus from duty in eastern Yemen on Friday and executed them in what officials said was an apparent act of revenge for a recent army crackdown in the area. The Yemeni army has recently sent extra troops to the Wadi Hadramout region in northeastern Yemen to confront attempts by al Qaeda’s local affiliate, Ansar al Sharia, to declare an Islamic emirate in the main regional city of Seiyoun. Residents and officials said people in the area found the bodies of the 14 riddled with bullets on a road near Seiyoun, three hours after they were abducted from a public bus. Ansar al-Sharia, in an internet posting late on Friday, confirmed its militants had ambushed and killed the soldiers for taking part in military operations against the group.

The mujahideen decided to kill them as a punishment for their crimes.

The group also posted pictures of the soldiers in civilian clothes surrounded by the militants concealing their faces with traditional head dresses as they checked the ID cards. One photo showed the soldiers sitting on the floor surrounded by the militants, also in plain clothes. Residents said the soldiers, who had been travelling to visit families in Sanaa, some 600 km (373 miles) away, were all shot several times with automatic rifles. Stability of Yemen, one of the poorest countries in the Arab World, is an international concern. The country of 25 million people shares a long border with Saudi Arabia, the world’s largest oil exporter, which militants tried to breach last month in an attack that killed six militants and four Saudi border guards. 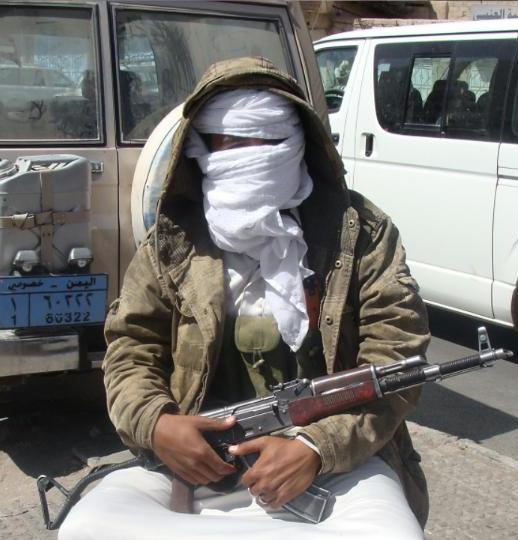