Buzz Aldrin: ‘First human beings to land on Mars should not come back’

Buzz Aldrin has said the first people to land on Mars should never return to Earth. He said that some people would call it a “suicide mission,” but he disagreed saying: “Not me! Not at all.” The second man to set foot on the moon was asked about the possibility of a permanent human presence on the red planet during an online question-and-answer session to mark the 45th anniversary of the Apollo 11 moon landing.

The first human beings to land on Mars should not come back to Earth. They should be the beginning of a buildup of a colony or settlement. I call it a permanence.

The 84-year-old said: “To have an individual company, no matter how smart, send people to Mars and bring them back, it is very, very expensive. It delays the obtaining of permanence.” There would be no shortage of volunteers for a one-way trip to Mars. Mars One—a nonprofit organisation hoping to create a settlement on Mars by 2023—received 200,000 applications for volunteers to travel to the red planet and never come back. 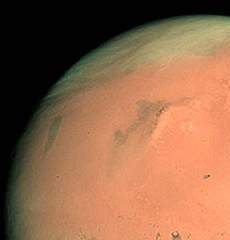