Amid rainy weather and on slippery roads, Chris Froome took a second fall in Stage 5 of the Tour de France on Wednesday. Froome, the defending champion who wore the yellow jersey for the final two weeks of the 2013 race, was seen on live TV holding his arm and climbing into his Team Sky car. His falls in today’s stage came after a hard crash just 5 kilometres into Stage 4 on Tuesday. Several riders have crashed on Wednesday, justifying the concerns expressed by many of the riders over the dangers of the stage that features numerous stretches of cobblestone roadways in Belgium and France.

The wrist is painful and it’s certainly not ideal going into tomorrow’s cobbled stage but I have a great team around me and we’ll get through the next few days as best we can.

Chris Froome, after crashing in Stage 4 on Tuesday

Italy’s Vincenzo Nibali is wearing the leader’s yellow jersey for the 152.5-kilometre route that includes seven rough, cobblestoned sections toward the end. Forecasters are also calling for steady rain during the race, which will test riders bike-handling skills like no other stage in this year’s Tour. 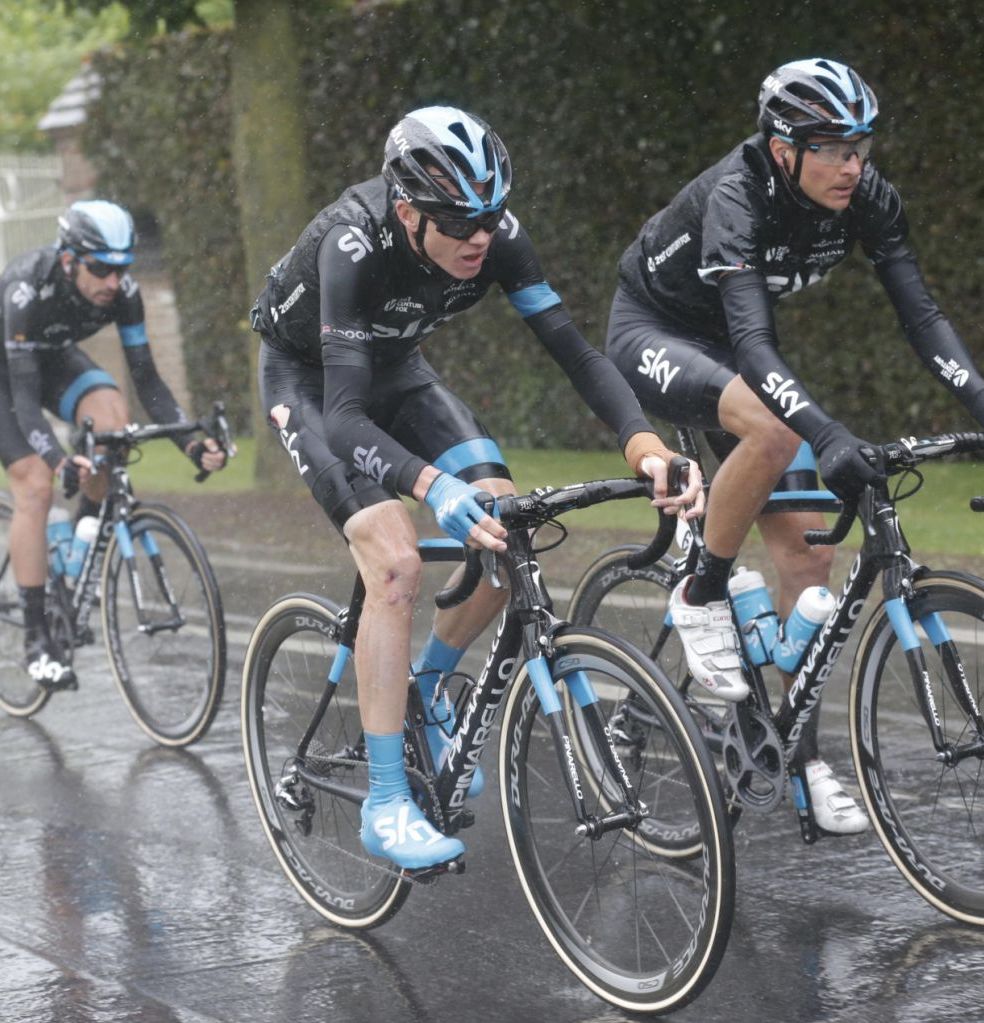