The social news group BuzzFeed unveiled a major new expansion plan, using a fresh infusion of $50 million in venture capital. Andreessen Horowitz, the big Silicon Valley venture group, announced late Sunday it is investing $50 million in BuzzFeed and that one of its partners, Chris Dixon, will be joining the company’s board. Details of the investment were not disclosed, but Buzzfeed said it would expand in several ways. Its video division will expand and become “BuzzFeed Motion Pictures,” which will “focus on all moving images from a GIF to feature film and everything in between,” according to a statement Monday. BuzzFeed’s editorial team will expand to cover more breaking news, and will double the number of foreign correspondents.

Today we think the time is perfect to grow our company, build our brand and greatly increase the content we are producing so we can be the number one digital media brand. The investment from Andreessen Horowitz will allow us to double down on our company’s mission by creating a new organization and expand rapidly in all areas.

The media company has been moving towards becoming a more serious news organisation following its debut focusing on offbeat, viral and oddball news coverage. Buzzfeed says it reaches over 150 million people globally each month and will generate triple digit millions in revenues this year. The New York Times reported that the news deal values BuzzFeed at some $850 million. 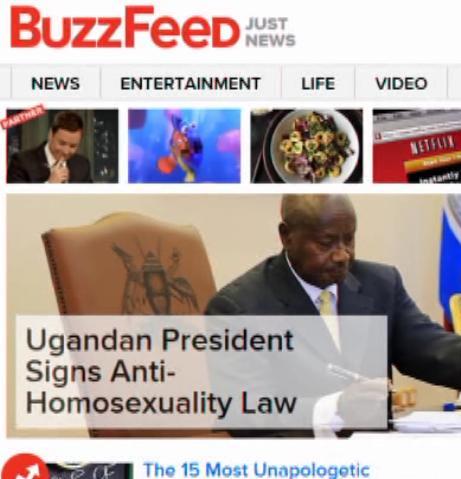