Police fired tear gas after rioting broke out for a second night in Ferguson, Missouri, despite calls on Monday for calm from the mother of a black teenager who was shot to death by police at the weekend. Ferguson Police Chief Tom Jackson said officers were focused on dispersing the crowd, which was smaller than the night before, but were making arrests and reported being fired on at some locations.

They are shooting at us now.

Ferguson Police Chief Tom Jackson, adding that officers from 10 to 15 jurisdictions are assisting him

Michael Brown, 18, was shot to death in Ferguson, a mostly black St Louis suburb, on Saturday afternoon after what police said was a struggle with a gun in a police car. It was not immediately clear from police why Brown was in the police car. At least one shot was fired during the struggle, and then the officer fired more shots before leaving the car, police said. The officer, who was not identified, is a six-year veteran and has been put on administrative leave, police said. The officer’s race has not been disclosed.The FBI has opened a probe into the racially charged case.

We need justice for our son. 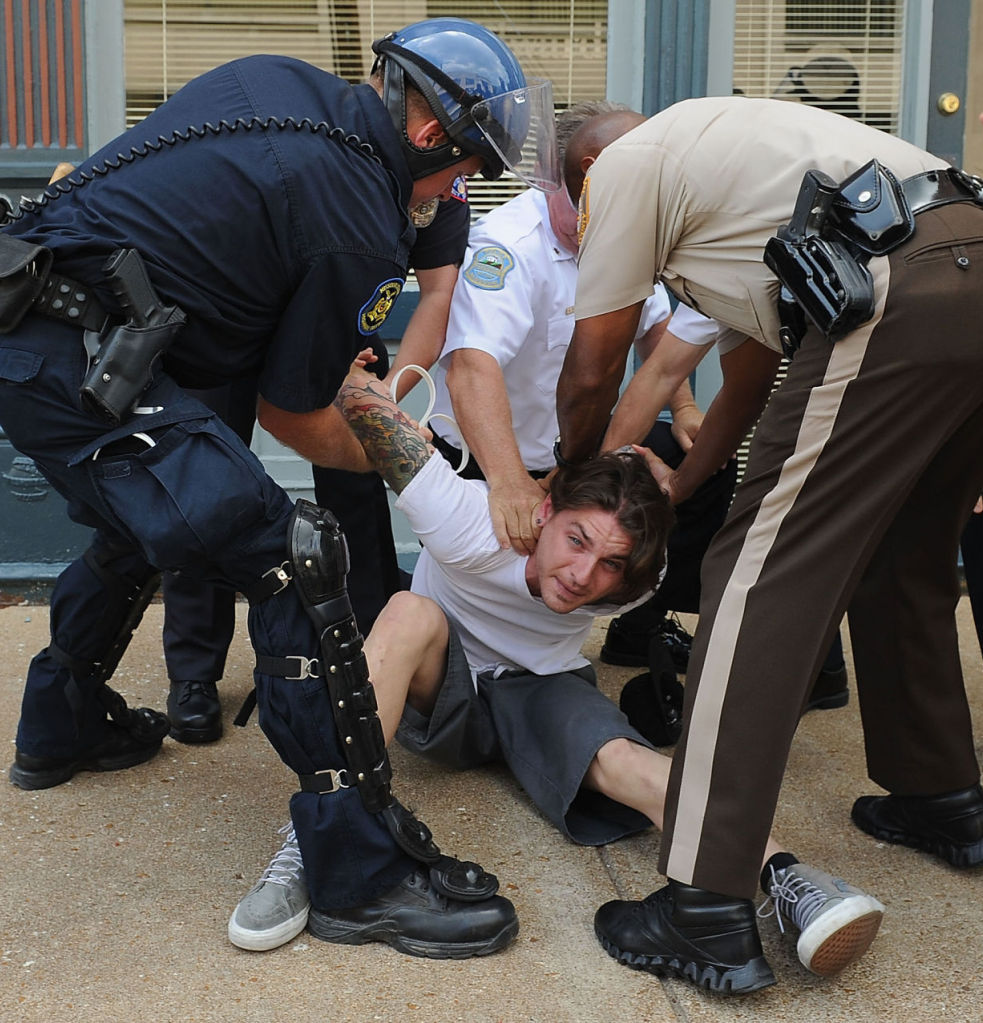