Police in California say they have solved the case of porcelain dolls being left anonymously outside young girls’ houses. The toys, left on at least eight doorsteps in San Clemente, resembled the girls who lived there – all of whom were around 10 years old. Spooked families in the Talega neighbourhood contacted police, who collected the dolls as evidence and began investigating. Residents were warned to be on alert and officers began poring over links between the families.

We’re very unsettled and obviously taking this very seriously as it concerns our daughters and little girls.

But, despite the children attending the same school, they could not find a meaningful connection. Detectives also tried to find out if the dolls were bought or handmade – perhaps by someone with potentially sinister motives. However, horror movie scenarios were ruled out when police tracked down the “doll dropper” – and it turned out to be a well-meaning lady from a local church. The OCRegister news website said the woman had admitted trying to match the dolls to the children but had not meant to scare anyone.

Investigators made contact with the female adult who admitted to placing the porcelain dolls on the porch of the various residences in the community. Investigators have concluded that her motivation was out of goodwill and that she intended it as a kind gesture. 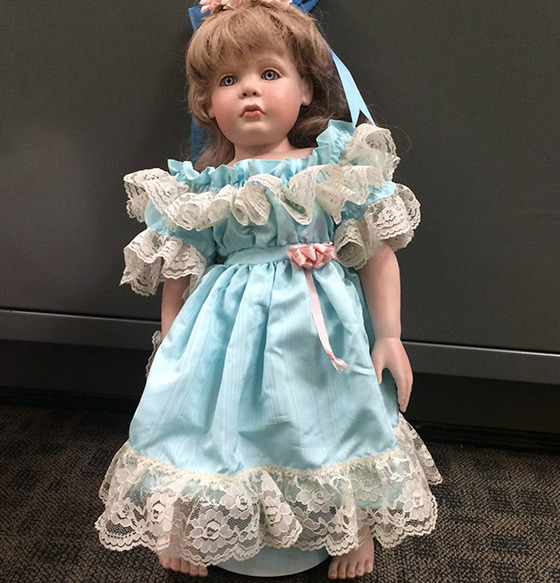