Thousands of cheering supporters on Saturday greeted Cambodian opposition leader Sam Rainsy on his return from a trip abroad, at a time when political tensions are high because of the arrests of eight of his party colleagues. His return came less than a week ahead of the anniversary of last year’s contentious July 28 election, which his Cambodia National Rescue Party claims was rigged. Its lawmakers have boycotted their seats in the National Assembly and are demanding reforms and new elections. Tensions over the yearlong political deadlock were ramped up this week when seven lawmakers and another party activist were arrested after violence broke out when party members sought to stage a demonstration at a park authorities had closed to them. The lawmakers were charged with insurrection and other offenses, which could see them jailed for up to 30 years.

Twenty minutes before their arrests, [Phnom Penh] police chief Chuon Sovan called [Ry] telling him that the police had already arrived at our house … to bring him in for questioning.

Wife of lawmakers-elect, Long Ry, who was arrested this week

On Friday, Rainsy warned that the arrest and detention of seven lawmakers from his party has deepened the country’s political crisis, accusing the government of waging a “brutal attempt to eliminate the opposition.”

This most serious clampdown has deepened a political crisis whose gravity is unprecedented since the July 5-6, 1997 coup d’état. 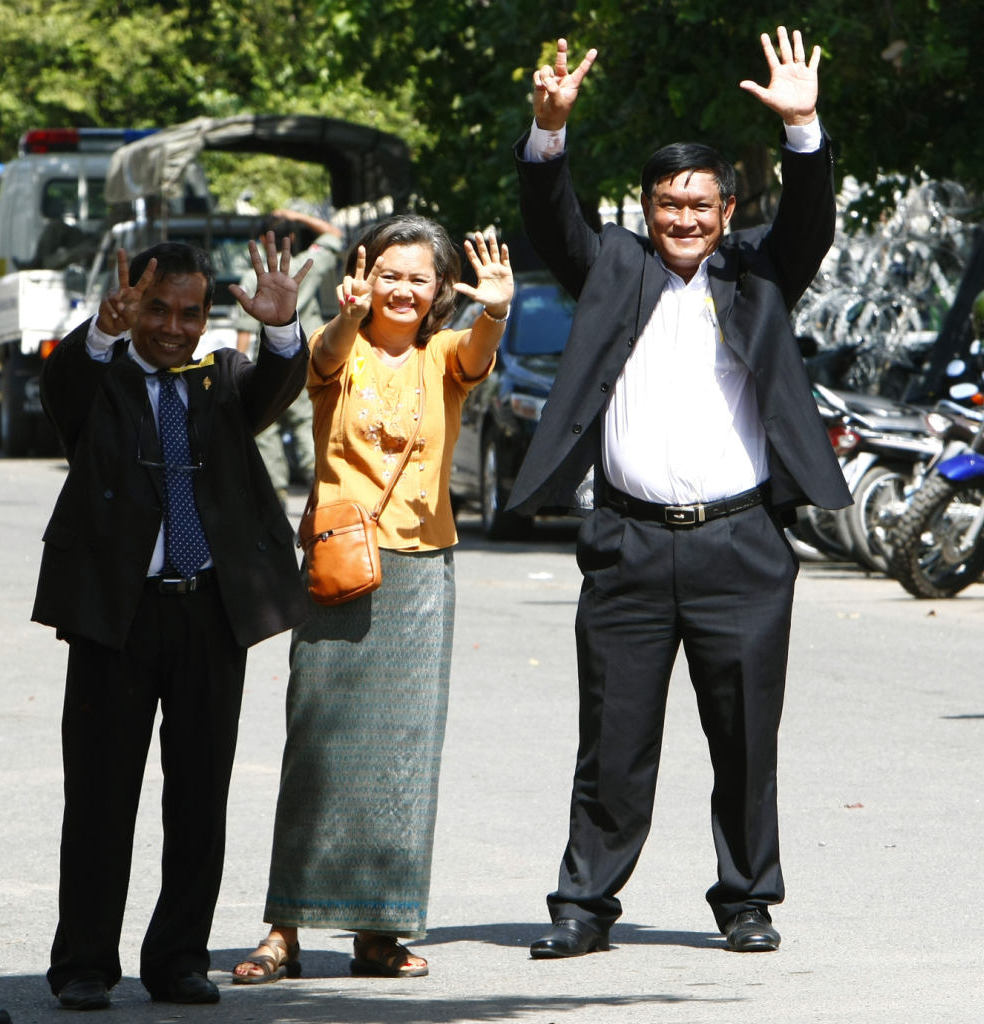