Myanmar’s opposition has gathered millions of signatures in support of changes to a constitution that bars its leader Aung San Suu Kyi from becoming president, in a show of political strength ahead of elections next year. Suu Kyi has travelled the country drawing crowds of thousands with speeches urging the military to accept a reduced political role, as her party of democracy veterans touts its moral authority in the former army-run nation. The petition, which was launched in May, had gathered around three million signatures by July.

he campaign, which ends Saturday, is focused on altering a provision that currently ensures the military has a veto on any amendment to the junta-era charter. To alter the constitution there needs to be support from a majority of over 75 percent of parliament. Unelected soldiers, who make up a quarter of the legislature, therefore have the last say on changes to the charter.

It seems that everybody has in mind that after 2015 many things will be different. But nobody knows how. 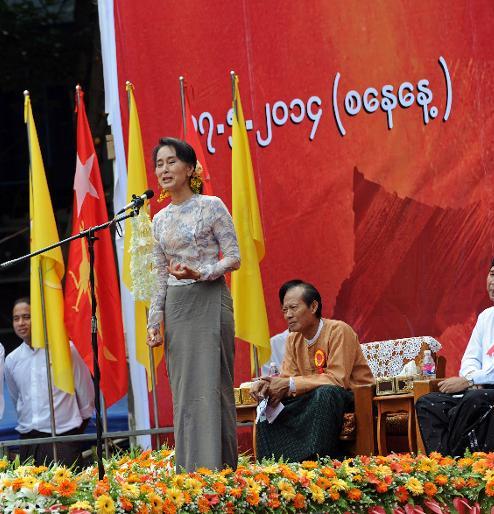