Came in like a wrecking ball: Marriage proposal ends in evacuation of six homes

A Dutchman’s attempt at a romantic wedding proposal was simply smashing. The unidentified lover in the central town of Ijsselstein rented a crane, planning to descend in front of his girlfriend’s bedroom window first thing Saturday morning, play her a song and then pop the question. Instead the crane toppled over, smashing a large hole in the neighbours’ roof. The man clambered to safety and no one was injured.

According to the Algemeen Dagblad newspaper, the girlfriend said “yes” anyway. After speaking with police, the pair traveled to Paris to celebrate. Then the crane fell again during attempts to right it with a larger crane, bashing in the rest of the neighbours’ roof. The town’s mayor is on the spot after the building was declared unsafe. Six apartments were evacuated. 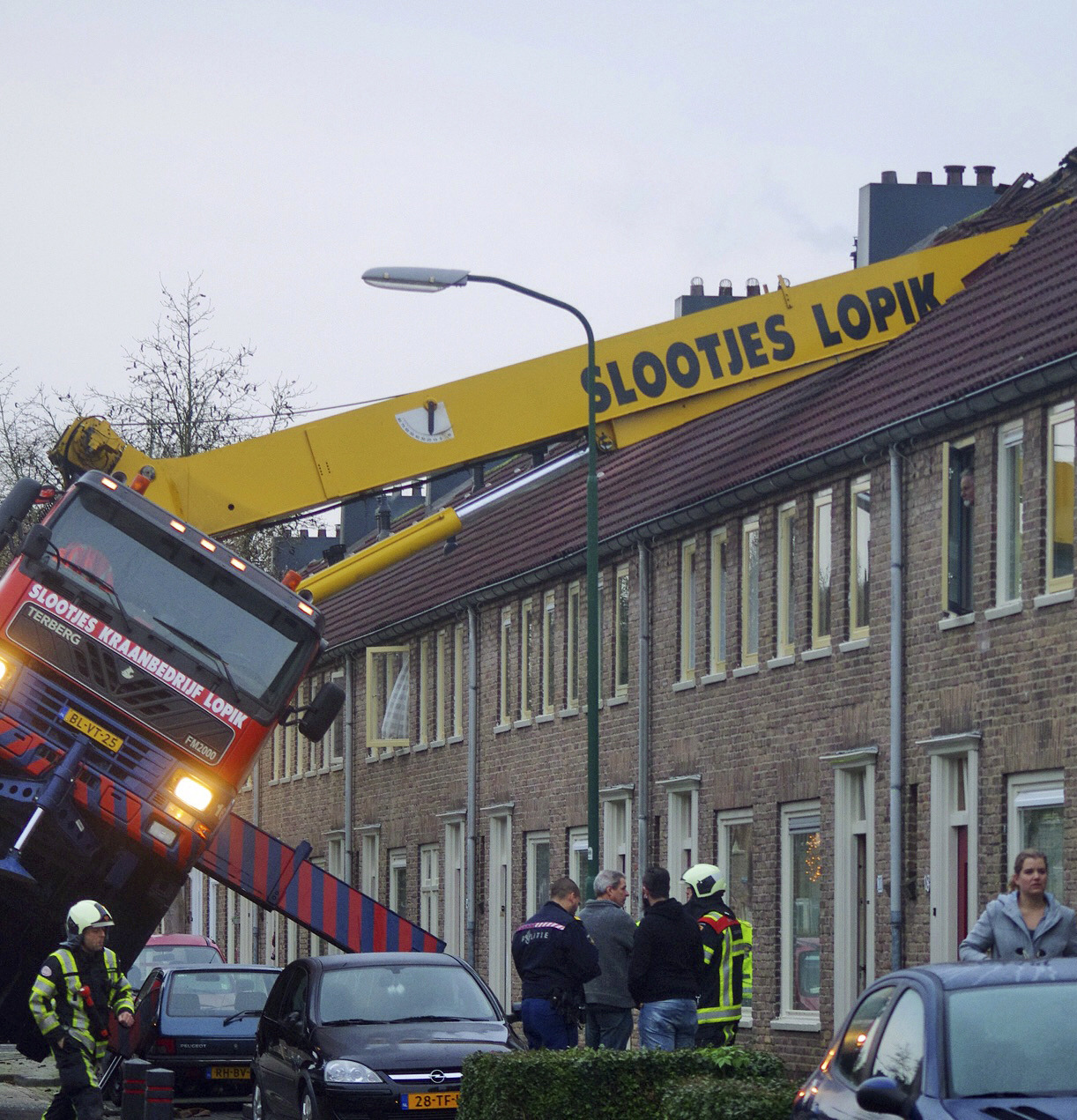