Cameron tells EU: Back my migrant welfare reforms or I’ll lead Britain out of Europe

David Cameron has hinted that Britain could leave the European Union if other EU states object to tough new proposals to cut immigration. In a speech in Staffordshire, England, he set out plans to bar EU migrants from claiming welfare for the first four years after arriving in the UK and deport those who do not find jobs within six months He said that he will “rule nothing out” if other European states ignore British concerns. The British Prime Minister said he was “confident” of success in the renegotiation of the terms Britain’s EU membership ahead of a planned 2017 referendum. He said welfare changes to cut migration from within the EU “significantly” will be an “absolute requirement”.

I am extremely proud that together we have built successful multiple-racial democracy.

These reforms include blocking EU migrants from claiming in-work benefits or social housing until they have been in the country for four years; ending the practice of child benefit for children who live abroad; stopping all benefits for unemployed migrants; threatening to remove individuals if they are still out of work after six months; tougher and longer re-entry bans for rough sleepers, beggars and fraudsters. While promising a crackdown on migration to the UK, he said the idea of repatriating legal migrants to the UK was wrong, adding: “We should distrust those who sell the snake oil of simple solutions.” He admitted that his policies had “not been enough” to meet the target of cutting overall migration numbers to the tens of thousands by 2015. Anti-Europe party UKIP won a second parliamentary seat last week and are gathering huge support ahead of next year’s General Election.

Mr Cameron says we should judge him by his record in Europe. We are, David. We are… It’s not good. 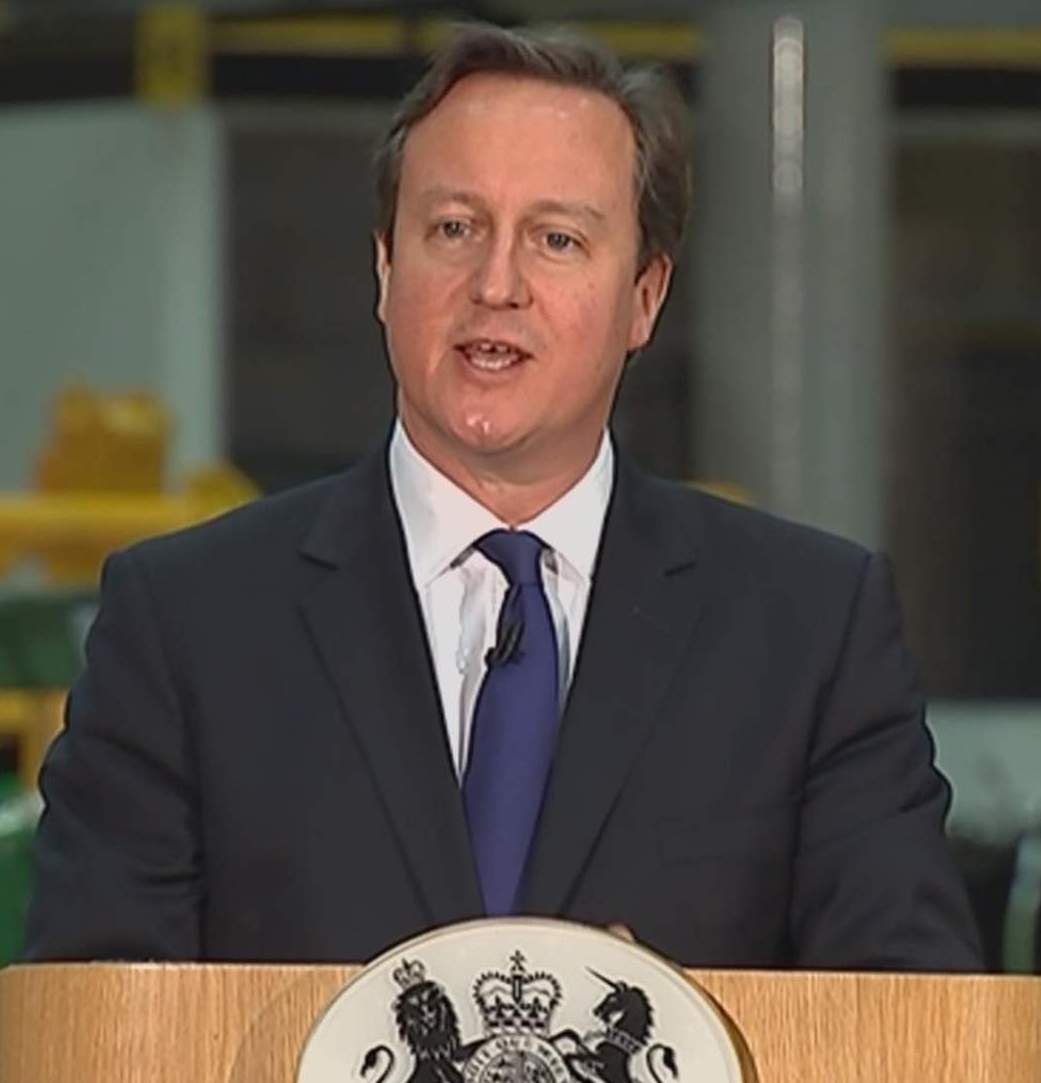