A military court in Cameroon has handed down prison sentences of between 10 and 20 years to 14 Boko Haram members, the country’s state broadcaster Crtv reported. The sentences cannot be appealed. The defendants, who were arrested in March after the discovery of a weapons cache, admitted to being part of the Nigerian extremist group at a “public hearing” in the northern town of Maroua, said the report. They had been charged with the illegal possession of firearms and ammunition and of plotting an insurrection. The trial was reportedly the first of its kind in Cameroon where a large number of members of the radical group have been arrested in the north over the past weeks following attacks on police stations, as well as kidnappings and killings. The armed movement is seeking to install an extremist Islamic state in Nigeria. It started its bloody insurgency in 2009. 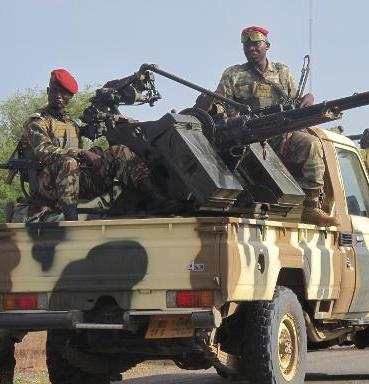