Campaigners are pushing for Japan’s population to win this year’s Nobel Peace Prize in a nod to the country’s long-held pacifism, even as Tokyo controversially expands the scope of the military in a move that has sparked protests at home. By Friday, the group had amassed a support petition with more than 150,000 names, and organisers say Japan’s people are now among the possible candidates for the prestigious award. But even if the odds are slim—there are hundreds of candidates—the message is just as important, said 37-year-old housewife Naomi Takasu, who came up with the plan.

The idea came to me when I was watching a TV report about the Nobel Peace Prize awarded to the European Union. Good initiatives can win the prize—that’s what I learned from the news.

Naomi Takasu, who started the petition

It was not possible to nominate Japan’s pacifist constitution—put in place after the end of the Second World War—so activists moved to get the peace-loving population on the prize list instead. Japan’s constitution—specifically Article 9—renounces war and abandons the use of force to settle international disputes, a point embraced by many Japanese and a symbol of the country’s peaceful image in much of the world. But last week, Tokyo loosened the bonds on its powerful military, proclaiming the right to go into battle in defence of allies, in a highly controversial shift. The names of the 2014 Nobel laureates will be announced in October.

This decision is totally against our constitution, we should maintain the article and share it with all nations to achieve world peace. 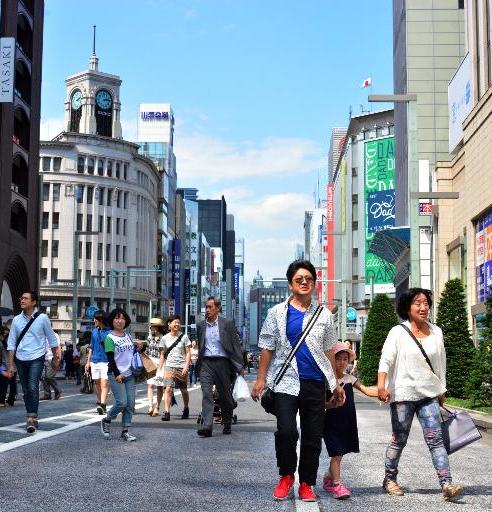