Canadian shot putter Dylan Armstrong has patiently waited for all the hurdles to be cleared so that he can finally call himself an Olympic medallist. On Wednesday, the Canadian Olympic Committee confirmed the long wait is coming to an end and that he has officially been awarded a third-place result from the 2008 Beijing Games. “As a result of a lifetime ban of shot putter Andrei Mikhnevich by the International Association of Athletics Federations (IAAF), the International Olympic Committee (IOC) has awarded Armstrong the Olympic bronze,” the COC said in a statement. Armstrong finished fourth that day in China, missing out on a podium appearance by less than a centimetre.

Armstrong, a 33-year-old from Kamloops, B.C., was scheduled to participate in a conference call Thursday with COC president Marcel Aubut and Athletics Canada CEO Rob Guy for the formal announcement. … Armstrong will be given the medal at a later date, a COC spokesperson said. 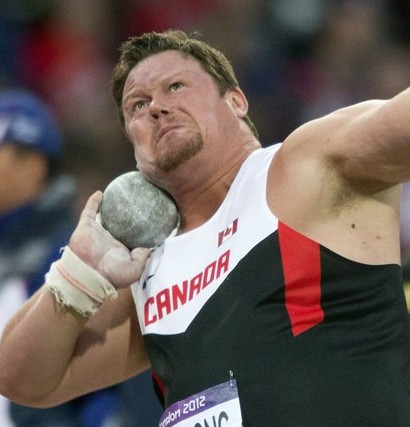