For jihadists, social media a platform to recruit, spread fear

Jihadist groups have long used their own media organizations to distribute messages and videos, but in recent years, platforms like Twitter have given them an unprecedented, unfiltered ability to intimidate their opponents and recruit members. Their use of online forums and YouTube has not gone unchallenged, with jihadist accounts frequently shut down, though many quickly reopen, in a cat-and-mouse chase between administrators and users.

Terrorism by its very definition is a communications strategy. In a way … use of social media shouldn’t be that surprising because this is 2014 and everyone uses Twitter.

In recent years, Twitter and sites like the question-and-answer forum Ask.fm have become prime platforms for jihadists who would have once shunned such public exposure. Jihadists have even used hashtags such as #Hawaii and #Ferguson to capitalize on attention being paid to U.S. news stories. Jihadist use of social media platforms has not gone unnoticed by administrators, Twitter users themselves sought to stop the spread of images from the video, using the hashtag #ISISmediablackout to urge people to avoid giving the group publicity. 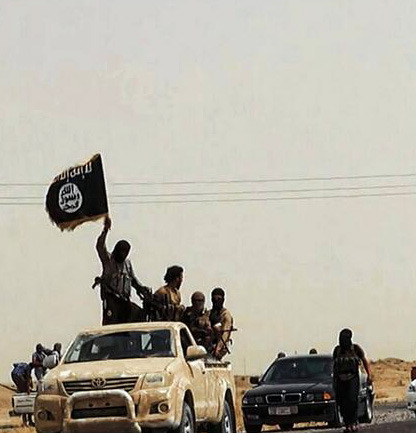