A driver ploughed into a group of pedestrians outside a California church as a Christmas concert ended, killing three people and leaving nine others injured. The driver, a woman who has not been named, was at the wheel of a white sedan northbound when she ran a red light in Redondo Beach, drove into a crowd and hit another vehicle after. “The crosswalk was full and the light was red,” witness Marco Zonno told KNBC-TV.

Someone ran the red light and bodies started flying. It was pretty horrible.

The dead included two women in their 80s while at least two children were among those hurt. Some of the pedestrians were rushed to hospitals with critical injuries, said police Lieutenant Joe Hoffman in Redondo Beach, about 10 miles (about 15km) south of Los Angeles. The victims were leaving a Christmas concert in St James Catholic Church when the incident happened, the Los Angeles Times said. The driver was taken into police custody to a hospital, where she was arrested on suspicion of driving under the influence of drugs or alcohol. 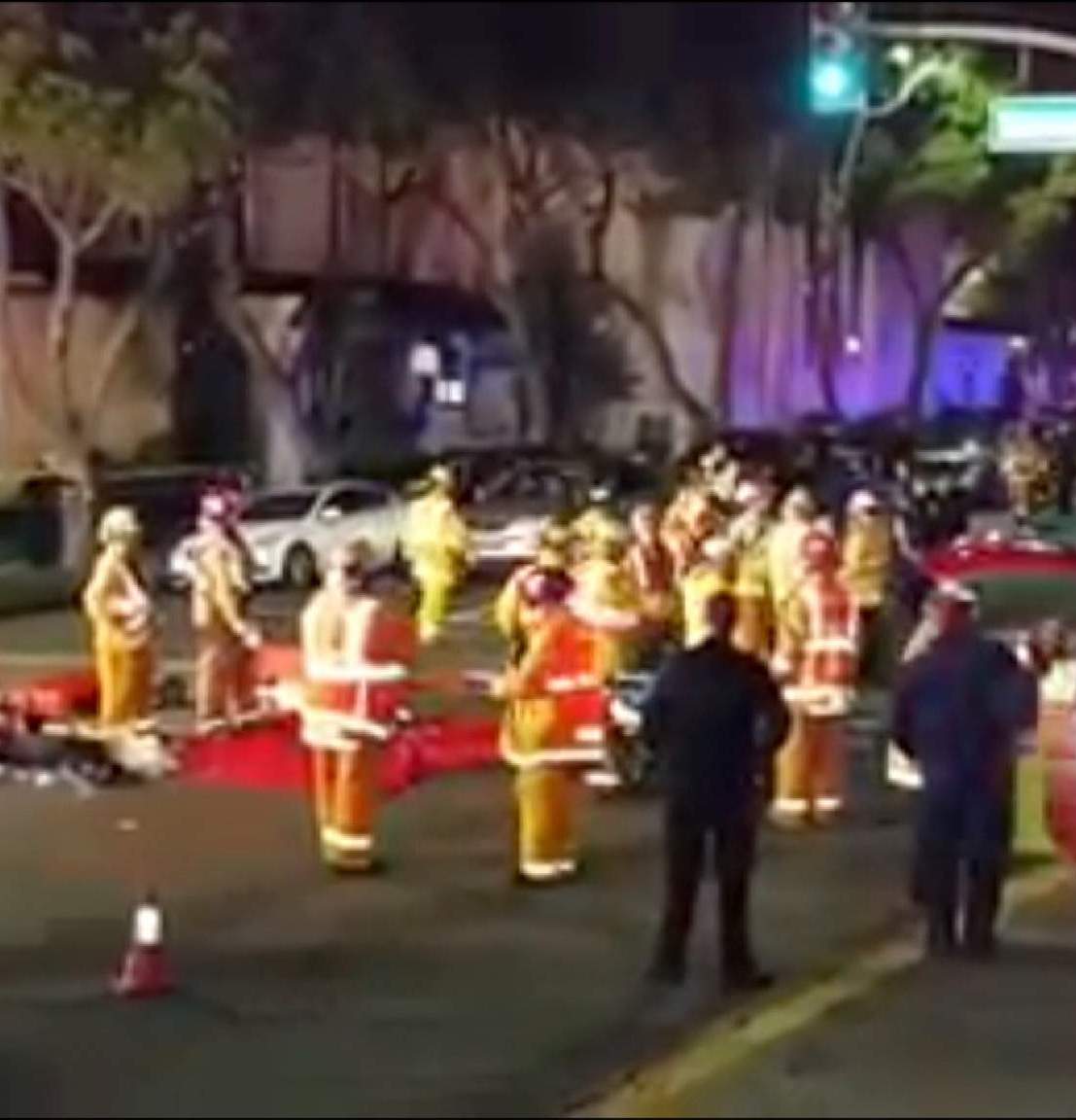