Nigerian police said they arrested a senior Boko Haram Islamist commander known as “Chief Butcher” during a raid on an insurgent camp in the restive northeast. Mohammed Zakari, 30, was arrested on Saturday “following the massive onslaught by security forces on the activities of the insurgent group,” at Balmo Forest in Bauchi state, a statement said.

[Zakari was implicated in] the recent slaughter of seven people, including women and children.

According to police, Balmo Forest is one of several bases scattered across the bushlands of the northeast used by the extremist group blamed for killing more than 10,000 people during a five-year insurgency. Bauchi has been attacked repeatedly through the conflict. Zakari was not widely known as a prominent Islamist leader but the group’s command structure is seen as fractured, including autonomous cells operating across the north headed by individuals who may not report to the group’s recognised leaders. 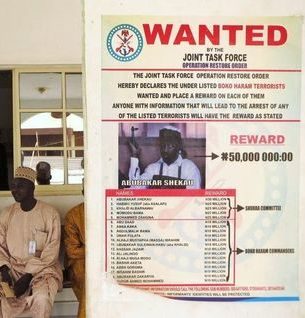