China sentences 81 on terrorism charges, nine of them to death

Chinese authorities sentenced 81 people on terror-related charges — nine of them to death — and made 29 new arrests in a huge crackdown in the far west following deadly attacks blamed on Muslim extremists. Four high-profile attacks on civilians since October have handed a major security challenge to President Xi Jinping during his first 15 months in office. The attacks have been blamed on extremists from the Xinjiang region’s native Turkic-speaking Uighurs seeking to overthrow Chinese rule and inspired by global jihadi ideology.

They (the Chinese government) probably feel that if they go and arrest a lot of people very quickly and lock them up, that they might have a chance of breaking the cycle.

—David Zweig, a political scientist at the Hong Kong University of Science and Technology

Authorities have said 23 extremist groups have been broken up, including a group of five allegedly plotting another bomb attack. Last week, officials said 55 people charged with terrorism and other crimes were sentenced at a stadium in northern Xinjiang — including at least one sentenced to death. Activists among the native Turkic Uighur population say the unrest is fueled by resentment against settlers from China’s Han majority and official discrimination and restrictions on their native culture and Islamic practices. They also say Chinese authorities label general criminal activity and non-violent protests as terrorist acts.

Nine get death sentence in China over terrorism ~ IANS

China sentences nine to death for terrorism in Xinjiang ~ Reuters 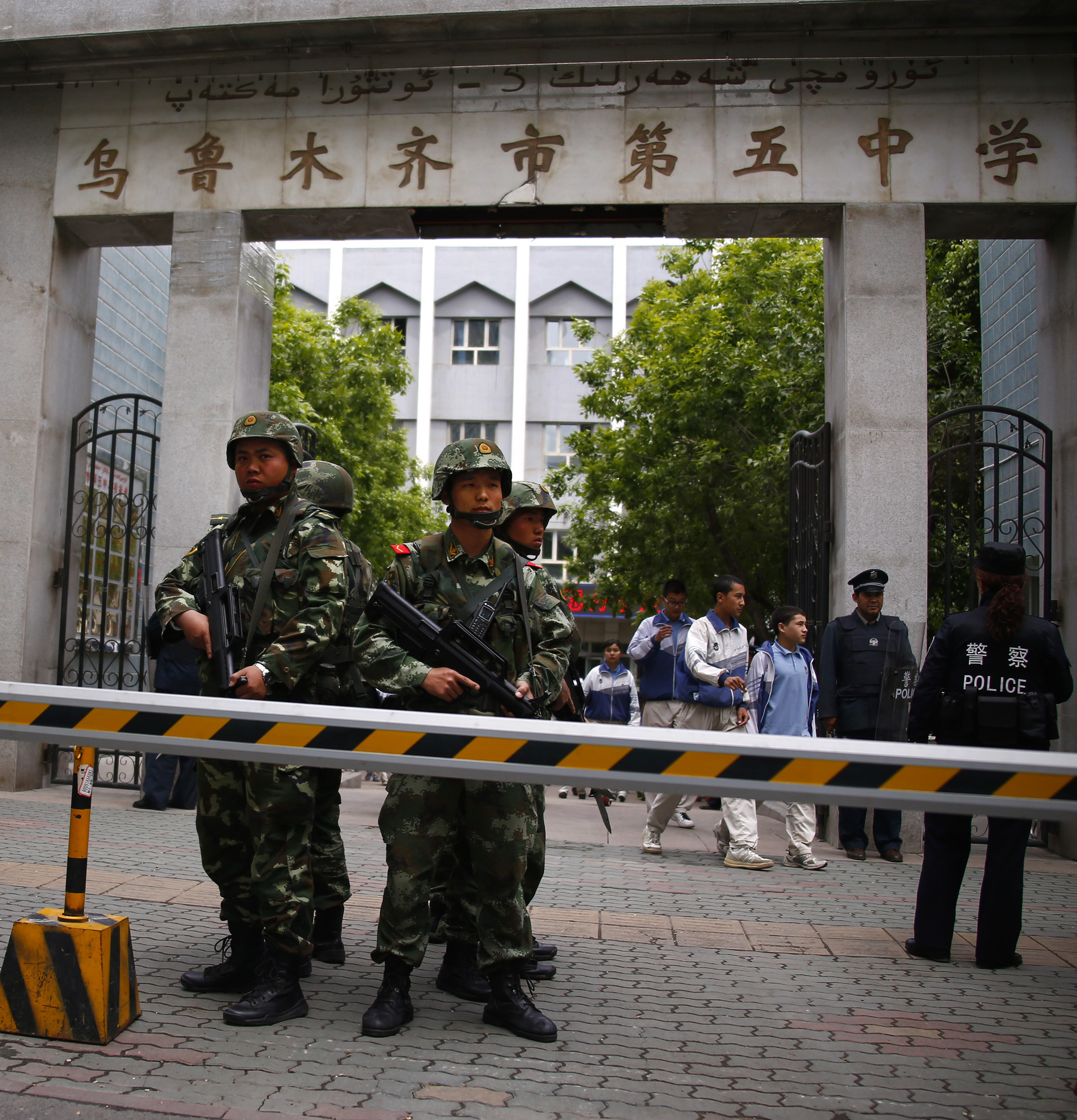