With free meals, music concerts and dancing soldiers, Thailand’s junta is waging a propaganda offensive to encourage “national happiness” following a military coup that has severely restricted civil liberties. The army, which seized power on May 22 has ruled out elections for at least a year, says its intervention was needed to end months of bloody political unrest. And now the coup-makers are trying to portray the softer side of military rule. The festivities are reminiscent of the anti-government protests that precipitated the coup.

In view of the political crisis over the past decade, Thais have been collectively unhappy and the military correctly sees this. But national unhappiness cannot be remedied merely through promotional campaigns. It has to be tackled at its roots, at the sources of social divide and political conflict.

While the army has presented itself as a neutral mediator in the long-running crisis, its takeover of power and plans to draw up a new constitution are exactly what the opposition protesters wanted. While the coup has its supporters, particularly among the Bangkok-based elite who loathed the previous government, the happiness campaign masks what activists say is a severe deterioration in human rights.

I think it is mere propaganda. It is blunt and too obvious.

—Paul Chambers, director of research at the Institute of Southeast Asian Affairs in Chiang Mai 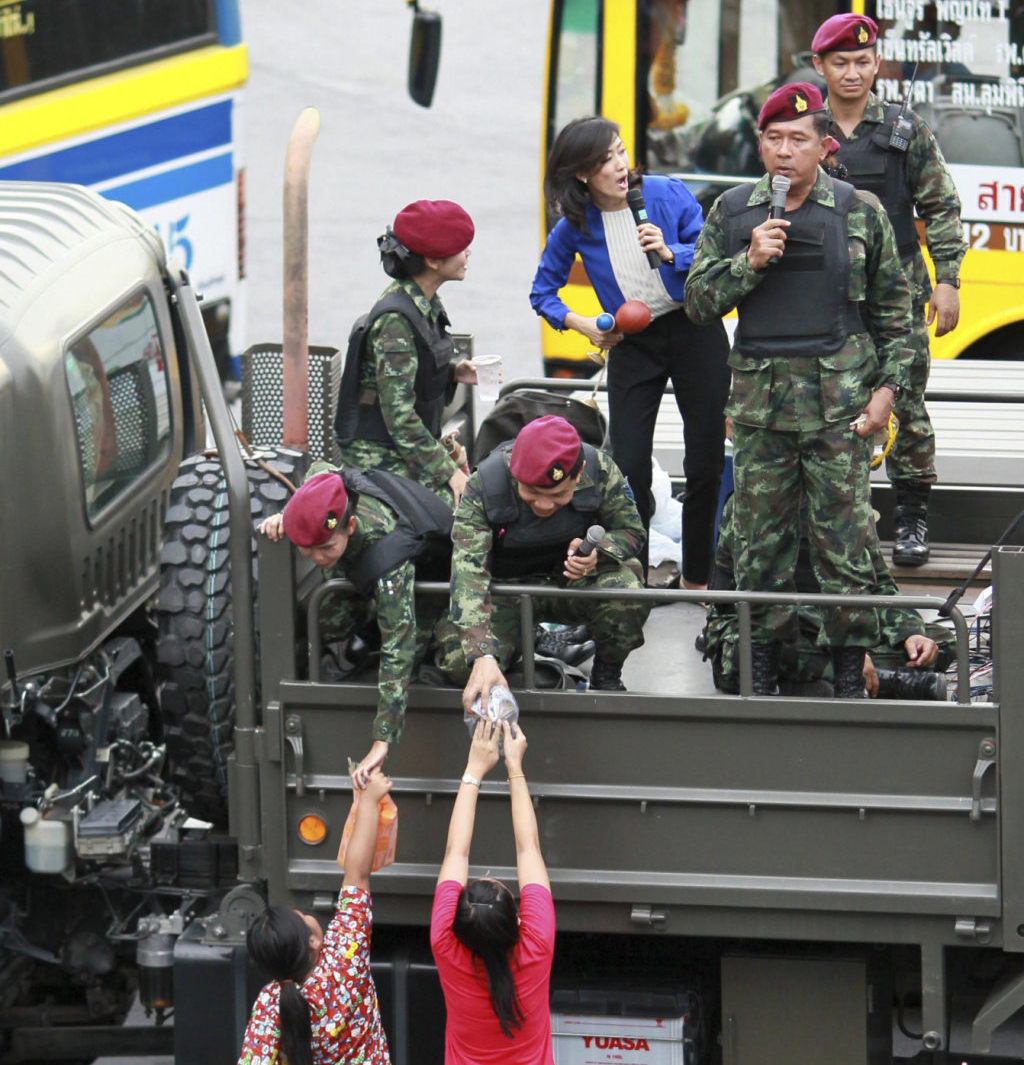