A male in his 20s has died and three others are injured after a shooting at the campus of Seattle Pacific University, a hospital spokeswoman said. Police said on their verified Twitter account on Thursday that a lone suspect entered a university building, shot two males and two females. The gunman was reloading a shotgun when a student security guard used pepper spray and knocked him down, Police Captain Chris Fowler told the media.

Once on the ground, other students jumped on top of them and subdued the shooter.

About 4,270 students attend the private Christian university, located in a residential neighborhood about 10 minutes from downtown Seattle.

After we found out by social media what was going on, people were crying and everything. 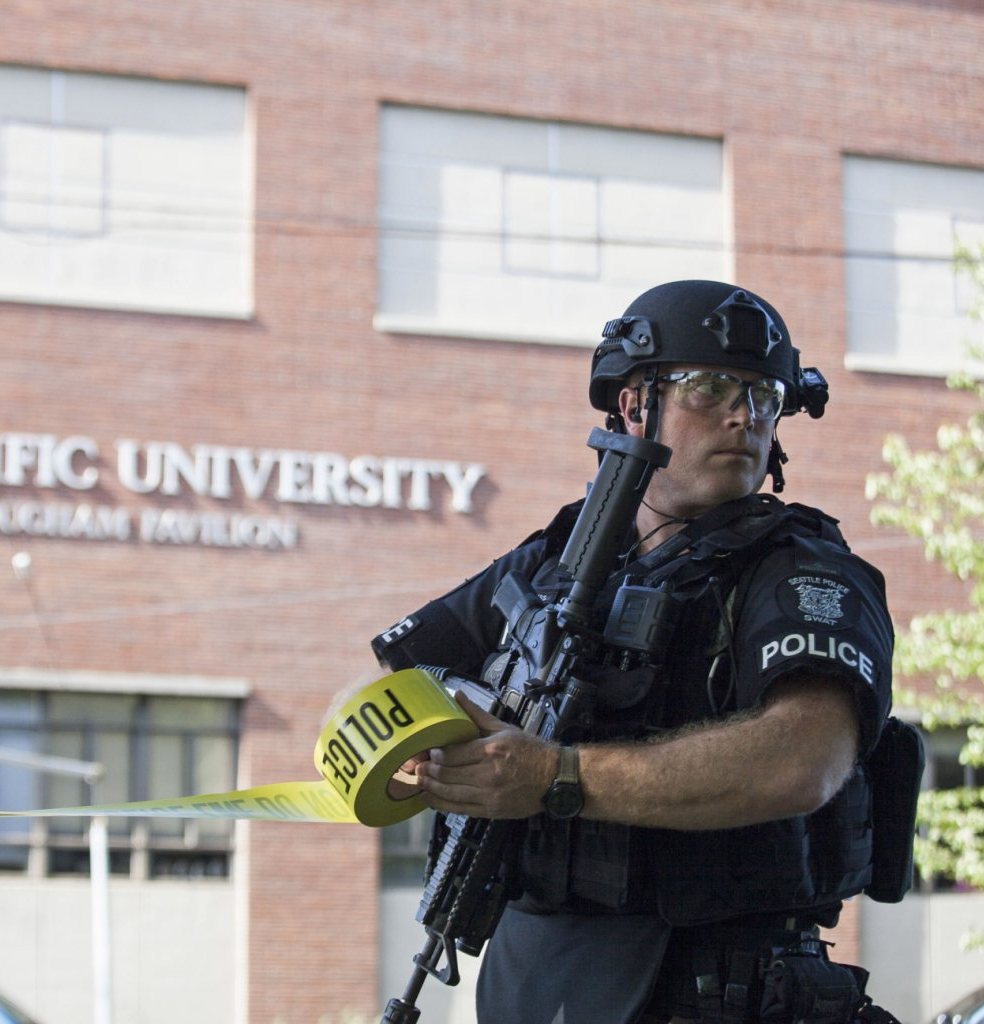