A crowd funding project to raise money for a potato salad has gone viral on the internet and so far raised over $3,000 in just a few days. An internet user called Zack Danger Brown, from Columbus, Ohio, posted the spoof project on Kickstarter—a website allowing people to pledge money to fund creative projects. More than 530 backers from around the world have pledged anything from $1 to $50 to help the project get off the ground.

Basically I’m just making a potato salad. I haven’t decided what kind yet.

Zack promises backers various gifts in exchange for their money, for example, for $1 he will “say your name out loud whilst making the potato salad”. For $25, he promises to send backers a potato-themed hat. The page has been shared on Facebook more than 18,000 times and posted thousands of times on Twitter. The success of the project seems to have shocked Zack, who will pocket the money when the crowd funding ends next month. Kickstarter has helped fund many high-profile creative projects. In 2012, smartwatch-maker Pebble made 10,266 per cent of its target for a new device bringing in more than US$10 million. Last year, feature film “Veronica Mars” was funded on the site to the tune of US$5.7 million.

Thanks again everyone for making all of my dreams come true. I can’t wait to say each of your names while making the potato salad. 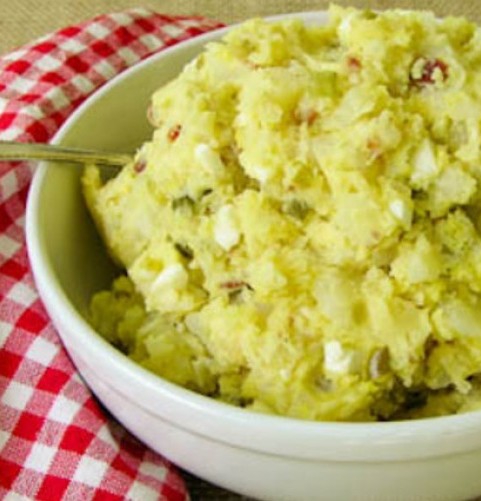