The CIA recently admitted to embarking on a secret mission, code named “Devil Eyes”, to create a toy action figure. In 2005, the U.S. began developing custom Osama Bin Laden action figures to be shipped to South Asia as anti-Al-Qaeda propaganda, but the project was called off before any of the figures made it overseas, reported The Washington Post. The prototypes feature the face of Osama bin Laden. His face was painted with heat dissolving material, which was designed to peel off and reveal a demon-like figure with piercing green eyes and dark black face paint. The goal was to scare children and their parents so much, they would reject bin Laden.

After being presented with these examples, the C.I.A. declined to pursue this idea and did not produce or distribute any of these action figures.

C.I.A. spokesman Ryan Trapani told the Washington Post only three individual action figures were ever created, and those were only prototypes. The agency added that the action figures are not being produced or distributed by other parties. 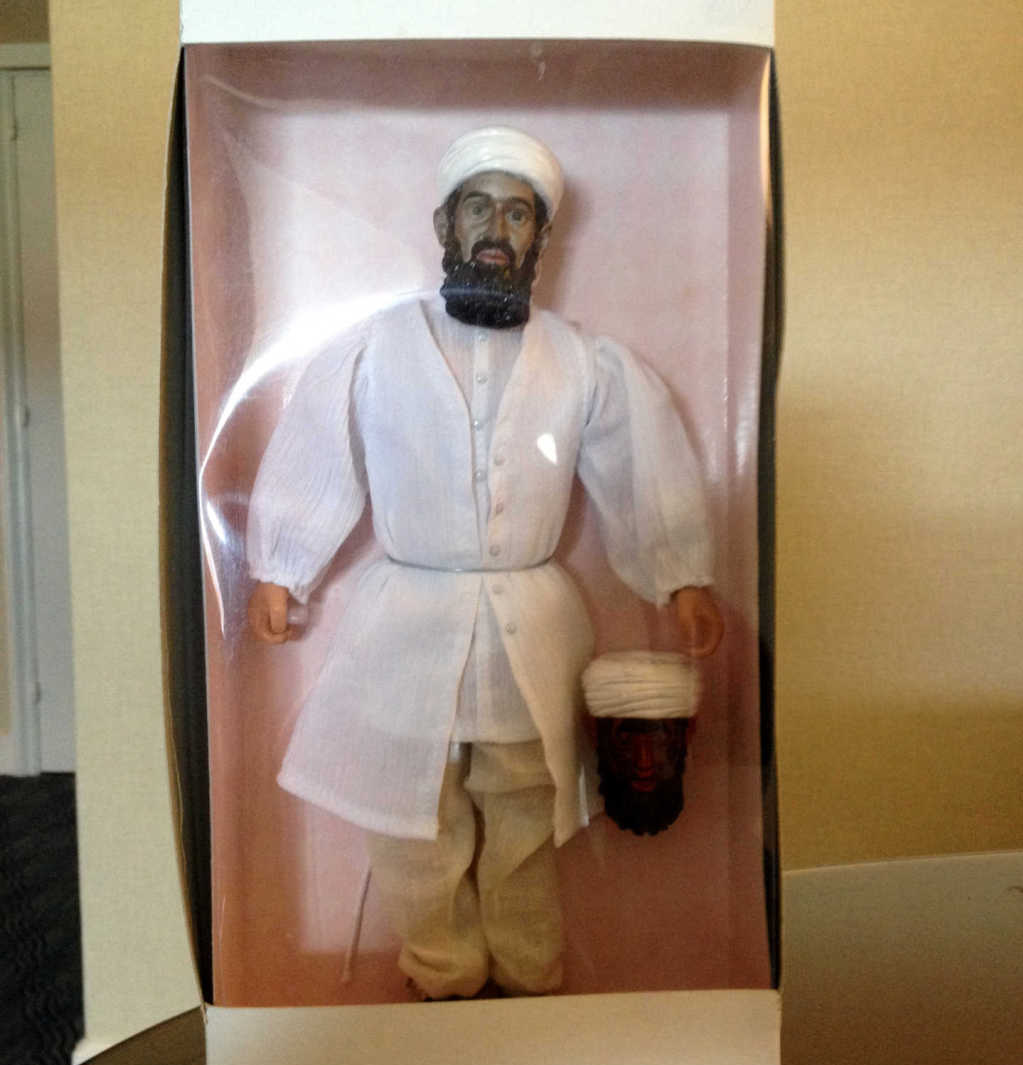