The Ebola outbreak in Sierra Leone, which has been surging in recent weeks, may have reached its peak and could be on the verge of slowing down, Sierra Leone’s information minister said Wednesday. But the World Health Organization was not as optimistic, stating that the country accounted for more than half of the new cases in the past week, and that the total number of cases reported in Sierra Leone will soon eclipse Liberia. Sierra Leone has nearly 6,600 of the reported Ebola cases, with about 1,400 deaths, and the infections are increasing swiftly.

I don’t think we can get any higher than we are now — we are at the plateau of the curve and very soon we will have a downward trend, once we have somewhere to take people.

By contrast, infections appear to be either stabilizing or declining in Guinea and Liberia, where vigorous campaigning for a Senate election this week suggests the disease might be loosening its grip. Sierra Leone appealed to the United States on Wednesday to send military aid to help it battle Ebola as it falls behind its West African neighbours Guinea and Liberia in the fight against the virus. The World Health Organization said both Sierra Leone and Liberia appeared to be far behind the U.N.-set goal of isolating 70 percent of patients by Dec. 1, with only about 20 percent isolated in each country.

Even if Liberia was declared free of Ebola today, there would still be no need to … celebrate until Guinea and Sierra Leone are also declared free. 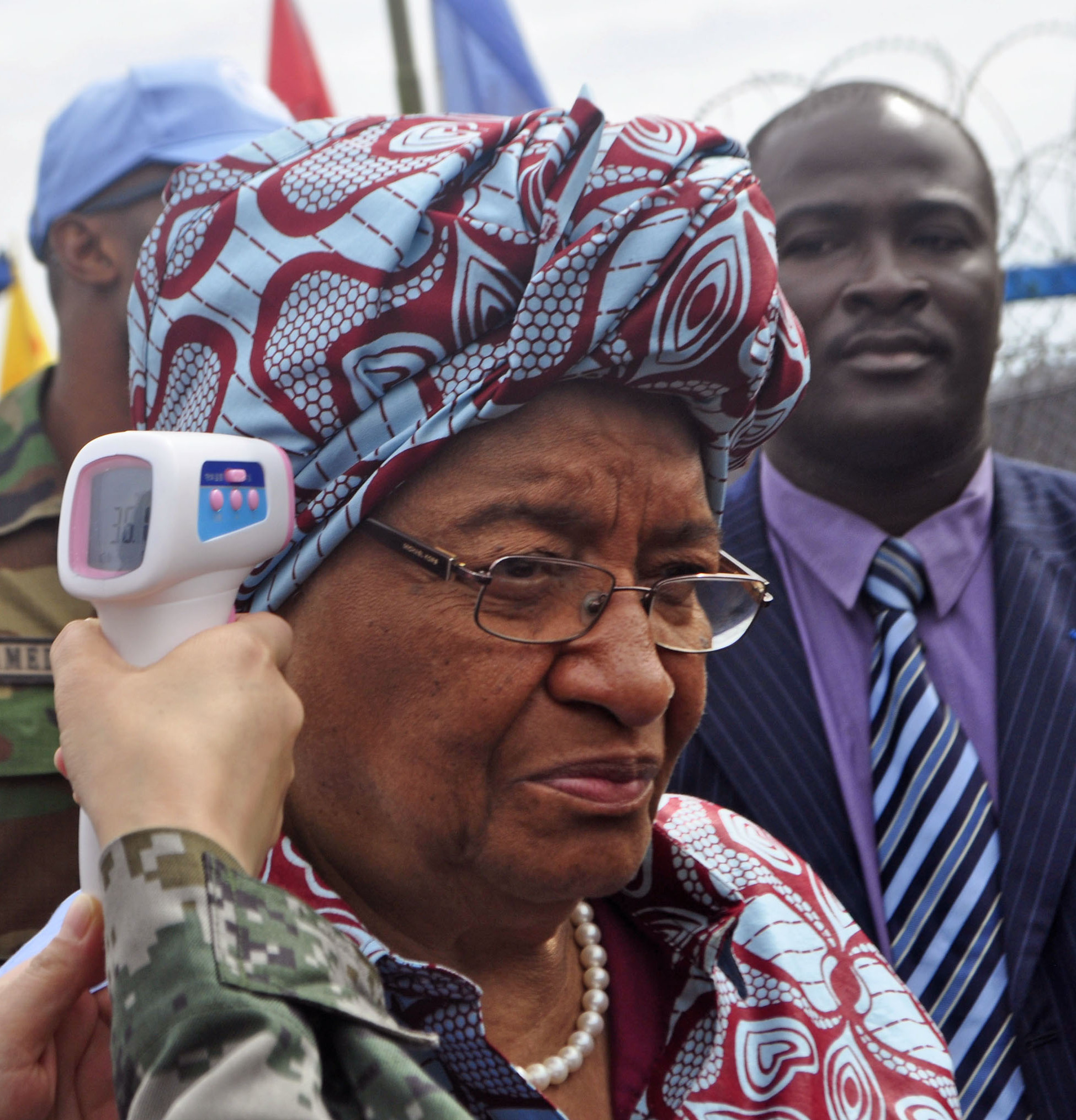