Core fanbase: Apple Watch goes on sale but only in six cities worldwide

Apple’s much-anticipated Watch device is released on Friday - but unlike past launches do not expect hoards of hyped-up fans outside the company’s stores. Only six trendy boutiques are selling the watch, while some early birds may also get theirs in the post as pre-order deliveries begin. Apple’s retail boss, Angela Ahrendts, the former boss of Burberry, has said the Watch will not be available to walk up and buy until June. Eager technology fans can order online but still face a wait of several months. The Watch, announced in September, is the first new device the company has launched without iconic co-founder Steve Jobs, who died in 2011.

I think the watch will follow the same lines of success as the iPad did five years ago. It’s an intriguing device that has enough wow factor to pull people in.

Described by gadget magazine Stuff as “beautifully made and finished”, it has never-the-less raised eyebrows over its price. The cheapest Sport model comes in at £299, while the top-end gold Edition version costs an eye-watering £13,000. Coming in numerous different faces, strap designs and colours, it crucially needs an iPhone to work and has a battery life of only one day. As well as the expected call, message and notification functions, the Watch comes with a unique ‘Digital Touch’ feature. Six stores in London, Paris, Milan, Tokyo, Los Angeles and Berlin are the only other places to stock the device. 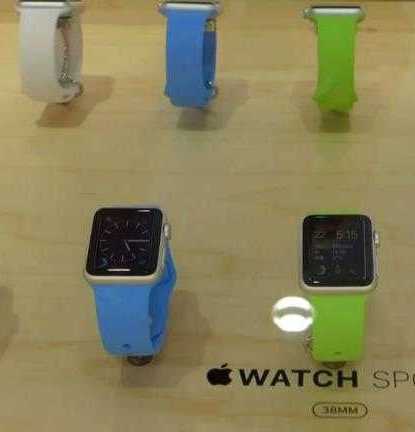