The doomed Costa Concordia cruise ship’s captain has fiercely defended his navigational skills as he faced cross-examination for the first time in his trial for manslaughter and abandoning ship. Francesco Schettino gave a spirited performance in arguing he followed procedure during the vessel’s fatal collision, rather than steering recklessly. Schettino - dubbed “Captain Coward” over claims he abandoned the ship - smashed it into rocks off the Italian island of Giglio in January 2012 during an attempted “sail past”. Speaking at his trial in Grosseto, Tuscany, he denied organising the sail past to impress Moldavian dancer Domnica Cermontan who claimed she was having an affair with the married captain.

I didn’t do it as a favour to (Domnica) Cermontan.

Instead, he said he’d sought to “kill three birds with one stone” by doing a favour to a ship’s official, paying tribute to a former cruise captain who lived on the island of Giglio and making the cruise more attractive to passengers. Schettino has previously blamed the crash on the maps he was given to navigate with, and claimed the Indonesian helmsman on the bridge did not understand his instructions. After attending the early hearings at his trial last year, Schettino has avoided the trial for five months, reportedly preparing for his performance, which is expected to run into Wednesday.

If he wasn’t so sure of himself he would not have agreed to be questioned at the trial. 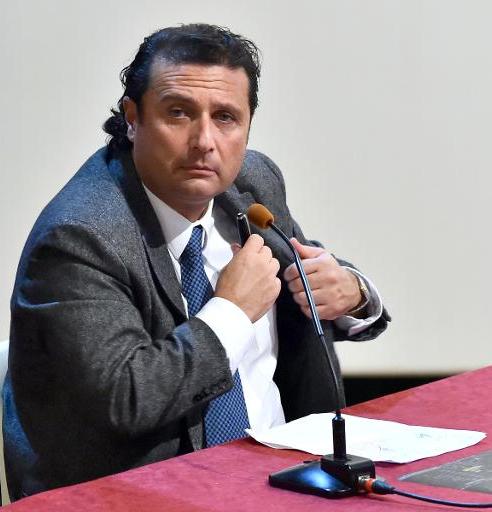