Maria Sharapova claimed her second French Open title when she floored Romanian fourth seed Simona Halep 6-4 6-7(5) 6-4 after a marathon encounter in Saturday’s final. The seventh seed from Russia claimed her fifth grand slam title after Wimbledon 2004, the 2006 US Open, the 2008 Australian Open and her first Roland Garros title two years ago. Halep, who had not lost a set entering the final, put up a great fight but bowed out after three hours and two minutes — the longest women’s final in Paris since 1996.

I can’t believe it, seven or eight years ago I would not have thought that I would win more Roland Garros than any other grand slam. To think I won it twice. I’m so emotional now I can’t talk. 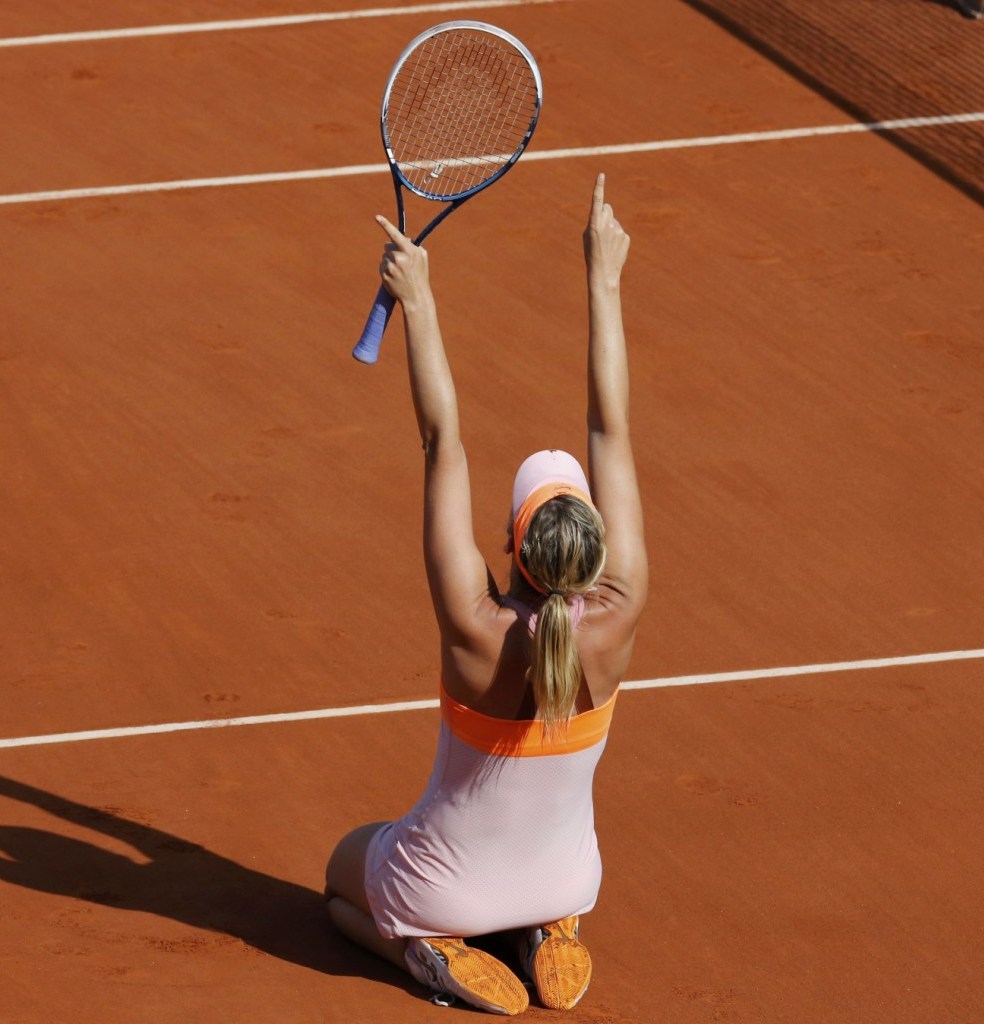