Just because it’s the international break, it doesn’t mean we can’t have some fun. Cristiano Ronaldo is certainly a subscriber to that school of thought, and seems to have put his recent unhappiness behind him for long enough to cover Ricardo Quaresma’s car in tin foil. It has been a difficult start to 2015 for the Ballon d’Or winner, who, perversely, has had something of a downturn in fortunes ever since being named the best player in the world back in January. He’s still scored 10 goals since the turn of the year, but has not looked too happy on the football pitch for some weeks now. No matter, however, when you can take a break from life in Madrid and mess about with your international team-mates. 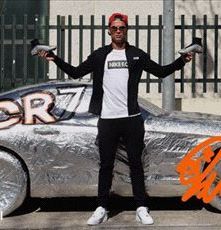