A white-headed crocodile nicknamed Michael Jackson has been shot dead, reports said Tuesday, after the dangerous predator apparently killed a fisherman in Australia. The victim, a 57-year-old man, was attacked when he waded into a croc-infested river to disentangle his fishing line Monday. His wife was with him on the river bank but did not see the moment the animal, believed to be 4.5 metres long, attacked. The half-albino crocodile has been called “one in a million.”

The initial information is that she did not see him taken but [heard] a scream and then turned around and saw a tail splashing in the water.

The area, near Darwin, is home to aggressive crocodiles, which are provoked by popular “Jumping Croc” tours, which dangle meat on hooks to get crocodiles to jump out of the water for boaters. Crocodiles had been in that part of the river for years and had been fighting a lot recently in the lead up to the breeding season.

They know how to do three major things: eat, reproduce and aggression … if you’re not going to look after yourself, you’ll find yourself being eaten. 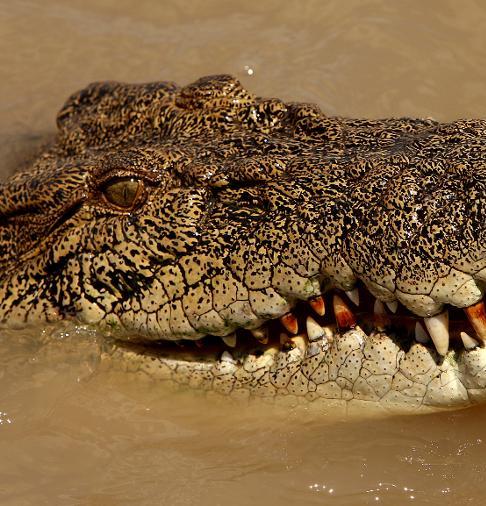