Anshu Jain and Juergen Fitschen will step down early as co-CEOs of Deutsche Bank, which has struggled with legal issues and disappointing profits. They will be replaced by John Cryan, a British member of the company’s supervisory board who has worked for Switzerland’s UBS in the past, the bank said Sunday. The move follows a stormy time for Deutsche Bank, which has been forced to pay big fines to authorities on both sides of the Atlantic over manipulation of interest rates, as well as pleading guilty to criminal charges in the U.S. And the bank has met mounting pressure from shareholders amid those scandals coupled with a share price that has struggled for years.

The current bosses were tied too closely to the problems for them to represent a change of corporate culture. This new start should have been done when (former CEO) Josef Ackermann left.

Jain and Fitschen became joint chief executives of Germany’s biggest bank in 2012, succeeding Josef Ackermann, and had contracts running through March 2017, and Deutsche Bank has been one of the weakest performers of any major bank since Jain and Fitschen took over. Deutsche Bank also recently announced a reorganization that will involve spinning off its Postbank branches in Germany, closing offices in some countries and eliminating less-profitable business at its investment banking division. 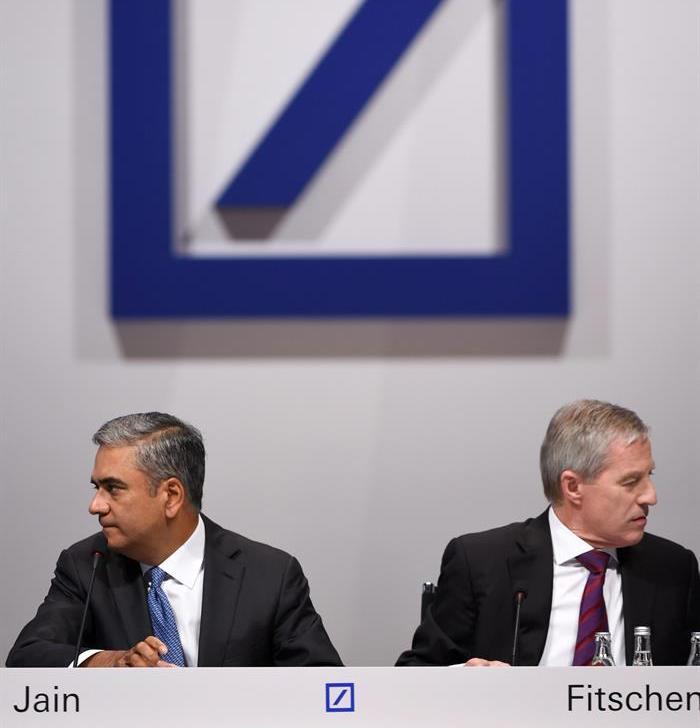