Obama’s trade quest in Congress trails him across Atlantic

President Barack Obama’s politically fraught trade quest in Washington trailed him to the G7 summit Sunday, as he met with world leaders anxiously watching a debate on Capitol Hill that could impact the status of economic pacts with the Asia-Pacific and Europe. The talks in the majestic Bavarian Alps coincided with the delicate debate in Washington over giving Obama the authority to move trade agreements through Congress more quickly. If Obama succeeds, it would boost the prospects for Congress eventually ratifying the Trans-Pacific Partnership pact, a 12-nation consortium that includes G-7 partners Japan and Canada. The other G-7 nations — Britain, France, Germany, and Italy — have a stake in a U.S.-European Union trade deal that is on a slower course.

Europe is not where Obama looks as he builds his legacy, and the G7 hasn’t had much importance for him because it doesn’t get him to his grand strategy.

British officials said Prime Minister David Cameron  was pushing G-7 leaders to reach a deal by year’s end. German Chancellor Angela Merkel, in an interview with German television, said she wanted to work on the agreement “at top speed.” Meanwhile, Obama and the other world leaders vowed to keep sanctions against Russia in place until President Vladimir Putin and Moscow-backed separatists fully implement the terms of a peace deal for Ukraine. The Ukraine conflict and a long-running debt standoff between Greece and its European partners dominated the first day of the annual meeting hosted by Merkel. 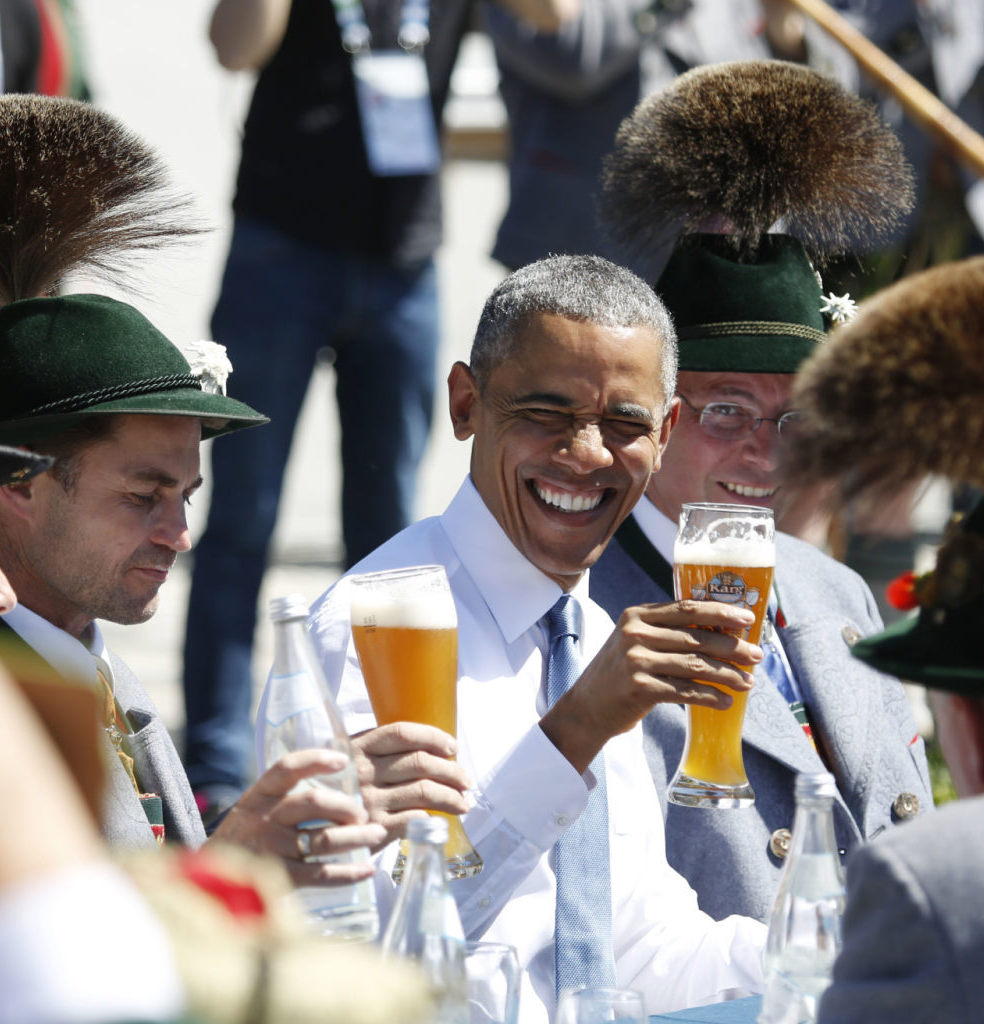