A disgraced beauty queen who was stripped of her title for allegedly being rude and dishonest has run off with the highly valued crown. Burmese beauty May Myat Noe was crowned Miss Asia Pacific World in May at a competition in the South Korean capital of Seoul. But the 18-year-old was described as a disappointment from the start. After her win, the contest organisers arranged singing and video deals for her, but they also wanted to make a few changes to the 5ft 7in teenager’s looks. David Kim, director of media for the pageant, said that is when the troubles started.

We thought she should be more beautiful … so as soon as she arrived we sent her to the hospital to operate on her breasts. If she has no good nose, then maybe, if she likes, we can operate on her nose. If it’s breasts, then breasts.

David Kim, director of media for the pageant.

The beauty queen brought her mother with her to Seoul for what was supposed to be a 10-day visit, but that quickly turned into three months, with costs rising all the time. She “lied” and “never had respect for the main organisation, the national director, the manager, media or fans who made her the winner,” contest organisers said. As a result, the beauty queen was told she would have to give up her title and the crown. She was given a plane ticket back to Yangon, but never showed up, with local magazine Eleven Media reporting she had taken an earlier flight. The bejewelled Swarovski tiara - valued anywhere between $100,000 (£60,000) and $200,000 (£120,000) - has also disappeared.

Everyone knows she is no longer the queen, but she thinks as long as she keeps this crown she’s the winner. She’s not. 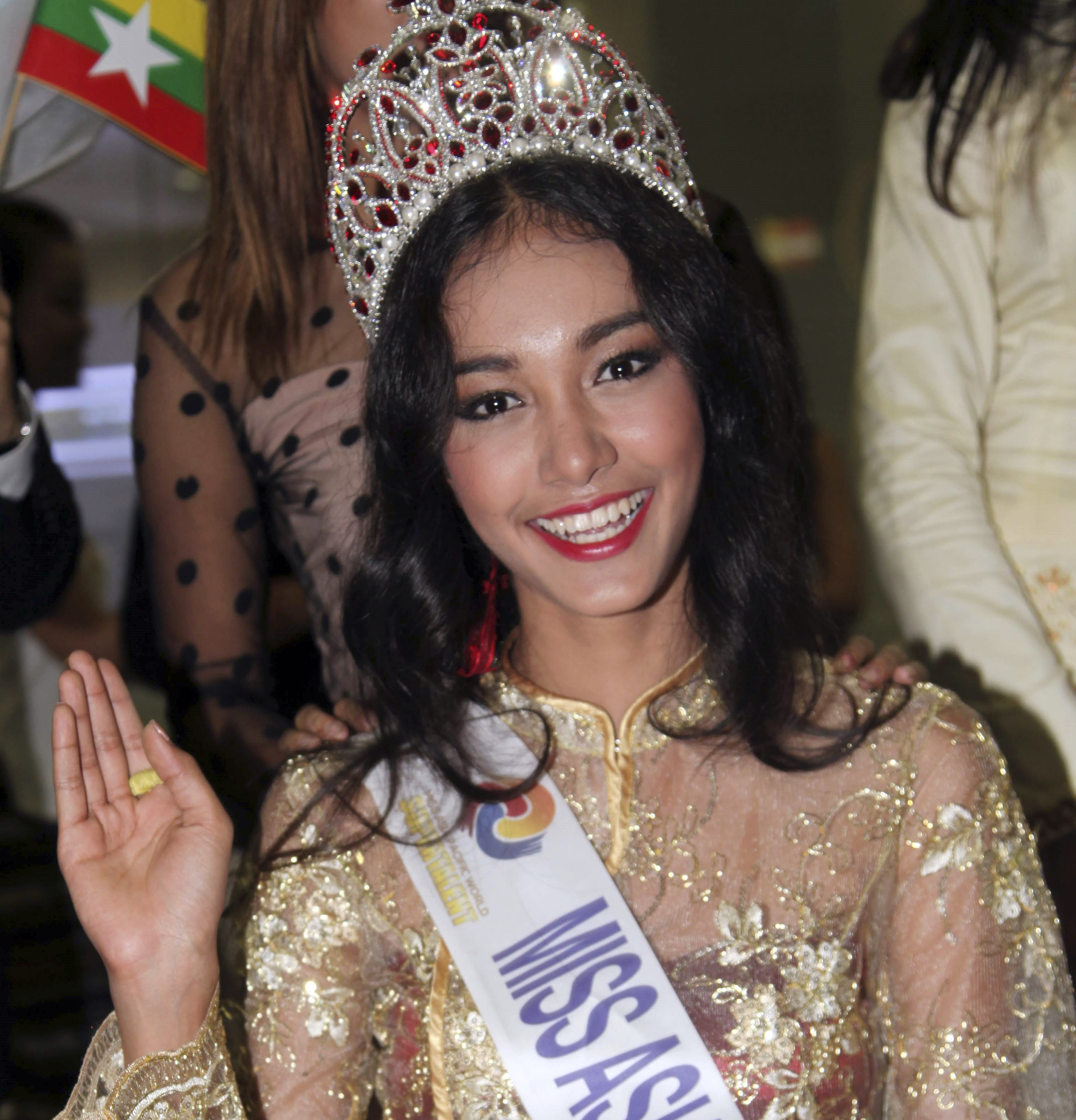