People in southern China celebrated the annual dog meat festival Saturday despite mounting protests from animal welfare groups and pet owners. The festival, which is held to mark the summer solstice in Yulin City of Guangxi Zhuang Autonomous Region, witnesses around 2,000 dogs being consumed every year, Xinhua reported. In the morning, farmers and vendors packed dogs into cages and transported them to the market for selling.

In previous years, I can sell 70 to 80 dogs on the occasion and earn four yuan (less than $1) per kilogram of dog meat.

Although local residents did not give up their tradition, the dog meat festival sales have decreased under pressure from animal welfare groups and dog lovers, who have protested over the past few days. As of Friday, 17 local restaurants serving dog dishes had stopped this business, while four other illegal ones were banned by the city’s food and drug administration. An official said 48 restaurants in Yulin are still serving dog dishes.

We have bought more than 200 dogs and planned to bring them to our hometown. We cannot stop local people celebrating the long-standing festival, but we can save as many dogs in our own way. 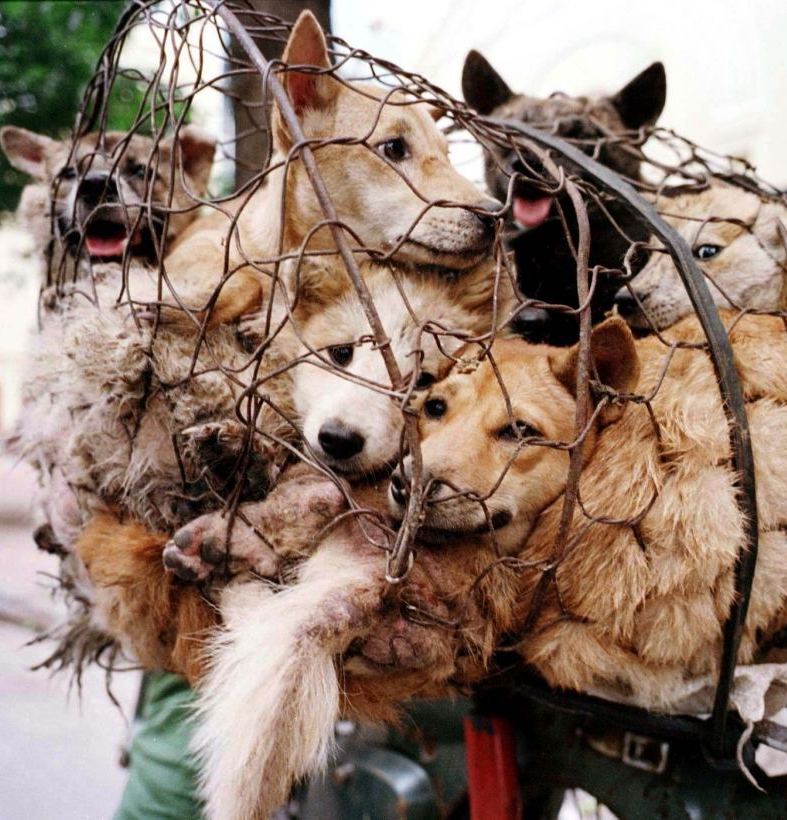