Donald Trump is staking his run for U.S. president in part on a vow to protect American jobs. But this month, one of his companies, the elite Mar-a-Lago Club resort in Florida, applied to import 70 foreign workers to serve as cooks, wait staff and cleaners. A Reuters analysis of U.S. government data reveals that this is business as usual in the New York property magnate’s empire. Trump owns companies that have sought to import at least 1,100 foreign workers on temporary visas since 2000, according to U.S. Department of Labor data reviewed by Reuters. Most of the applications were approved, the data show.

Nine companies majority-owned by Trump have sought to bring in foreign waitresses, cooks, vineyard workers and other labourers on temporary work-visa programs administered by the Labor Department. The candidate’s foreign talent hunt included applications for an assistant golf-course superintendent, an assistant hotel manager and a banquet manager. Two of his companies, Trump Model Management and Trump Management Group LLC, have sought visas for nearly 250 foreign fashion models, the records show. 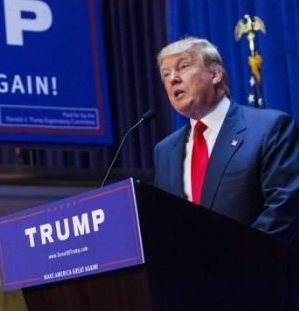