Dozens of criminals escape after mutiny, jailbreak in Haitian prison

Dozens of hardened criminals are on the loose after jailbreak at a high-security prison in Haiti. The escape came after a mutiny erupted in the jail, a spokesman for Haiti’s national police said, denying reports that it was caused by an armed attack from the outside. The escapees include Clifford Brandt, a businessman who has been imprisoned since 2012 on charges of kidnapping at least two children. A $40,000 reward has been offered for his recapture. Desrosiers said at least two guards suffered bullet wounds in the attack, which occurred at the Croix-des-Bouquets prison.

It was a spectacular escape. There was no battle. A hundred inmates fled the prison.

A lawmaker on the scene

So far, 13 escapees have been caught but police refuse to say how many more are still on the loose. Border controls have been reinforced and embassies have been warned. The jail was built in 2012, at a cost of more than $5.7 million, financed by Canada. According to residents of Croix-des-Bouquets, several hundred people came out of the prison, running in every direction, just moments after intense gunfire broke out in the jail.

It was a conspiracy carried out inside the prison that caused the escape. There was no attack from outside — contrary to what had been announced. 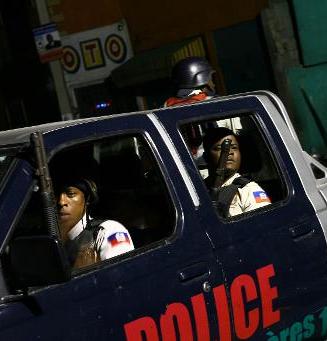