Hollywood actor Dustin Hoffman has confessed admiration for “scrumptious” Judi Dench, saying he would love to make a romantic film with the actress. The star of “The Graduate” spoke after co-starring with Dench in an adaptation of Roald Dahl’s Esio Trot made by British broadcaster BBC One. Hoffman, 77, described Dench, 79, as “a scrumptious looking woman” and said he had watched some of her early performances online. In Esio Trot, Hoffman features as a bachelor in love with his neighbour, played by James Bond star Dench, who showers all her love on her pet tortoise. Curtis earlier this month said Hoffman and Dench’s characters in Esio Trot were the couple “most likely to stay together” out of all those who had appeared in his films.

I said to Judi, ‘If I met you then, I wouldn’t have let you get away.’ There must be a way to do a love story where we meet in our 20s but yet we’re acting as we are now. 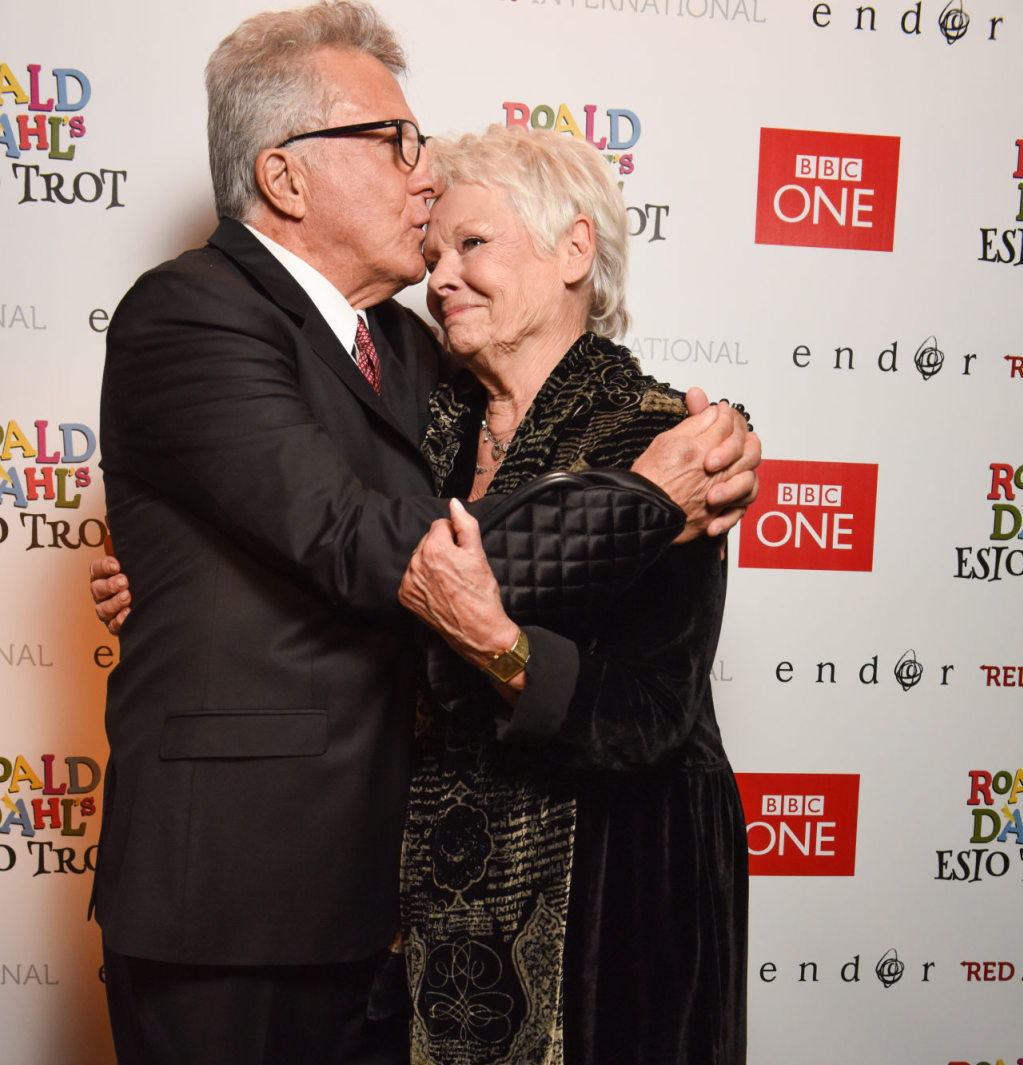