The Netherlands on Monday launched its first-ever “intelligent bicycle”, fitted with an array of electronic devices to help bring down the high accident rate among elderly cyclists in the bicycle-mad country. Developed for the government by the Netherlands Organisation for Applied Scientific Research (TNO), the intelligent bicycle prototype runs on electricity, and sports a forward-looking radar mounted below the handlebars and a camera in the rear mudguard. The forward and rearward detection devices on the test bike are linked through an onboard computer, with a vibrating warning system installed in the bicycle’s saddle and handlebars to alert cyclists to impending danger. The saddle vibrates when other cyclists approach from behind, while the handlebars do the same when obstacles appear ahead.

Accidents often happen when cyclists look behind them or get a fright when they are passed at high speed.

Maurice Kwakkernaat, one of TNO’s research scientists involved in the project

It also has a cradle in which a computer tablet can be inserted, to wirelessly connect and “talk” to the bicycle through a dedicated application. The mounted tablet also flashes a bright signal if there is an approaching obstacle in the bicycle’s path, like a lamppost, or if another cyclist comes up from behind intending to pass. Kwakkernaat said the devices would be useful for cyclists propelled along by the bicycle’s electrical motor, which can reach a top speed of 25 kilometres per hour. In the Netherlands, bicycles outnumber the population of 17 million by at least one million. Last year, 184 cyclists died in the country, of whom 124 were older than 65, according to the Centrals Statistics Office (CBS). The year before, 200 cyclists died, the overwhelming majority of victims also being elderly.

This type of bicycle is truly needed in the Netherlands because it will help us down bring the number of elderly people who are injured every year and allow them to continue enjoy cycling. 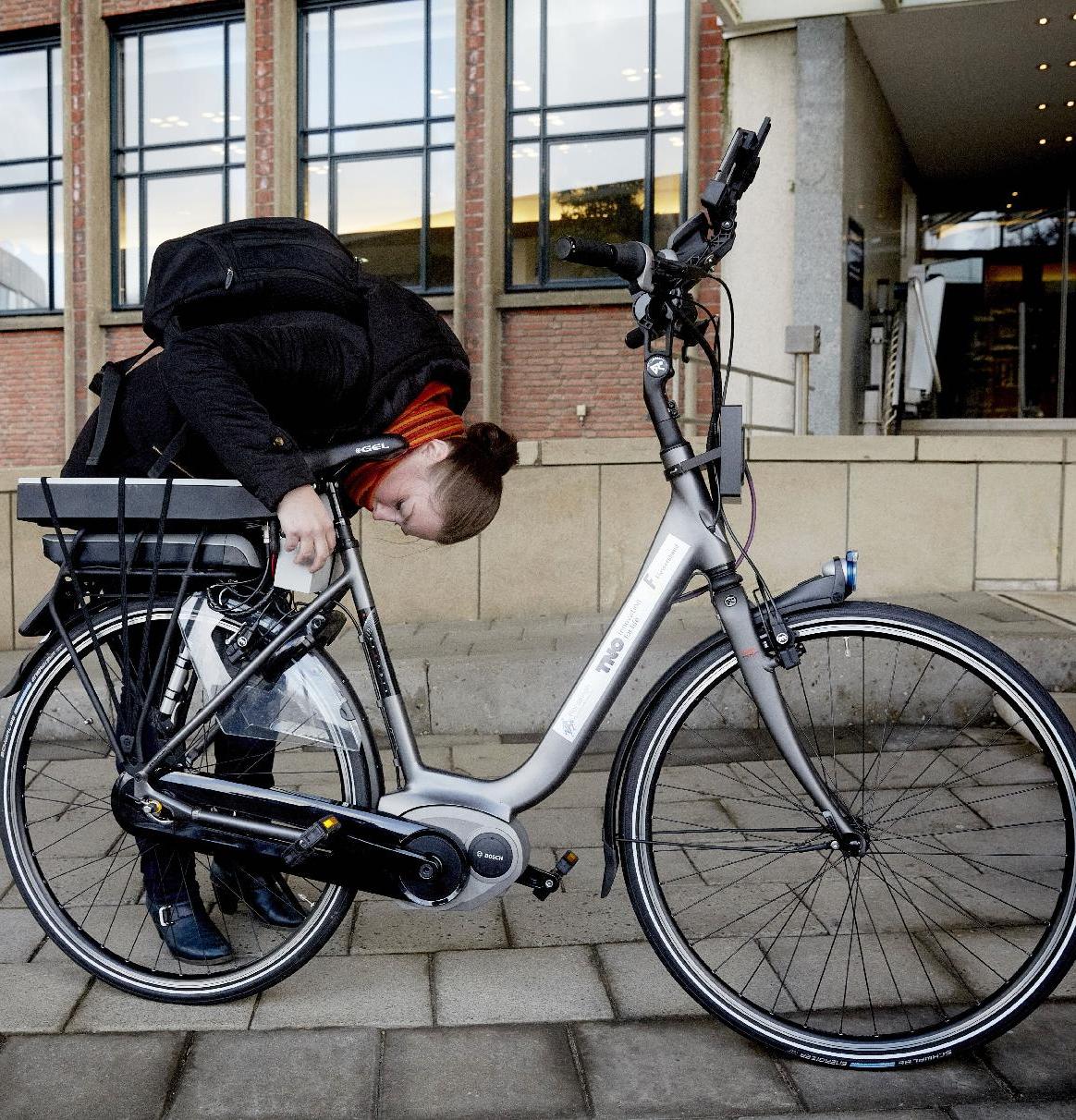