Two moderate earthquakes struck off Japan’s eastern coast near Fukushima Monday but officials said there was no immediate risk to the stricken power plant. The epicentre of the first quake, with a magnitude measuring 5.7, was located some 91 kilometres off the coast of Honshu, Japan’s largest and most populated island, at a depth of 22 kilometres shortly after 3:00am local time. A second, 5.6-magnitude quake struck two hours later slightly closer to shore at a depth of 39 kilometres. The same coastline was struck by a devastating quake and subsequent tsunami in 2011 and sparked a meltdown at the Fukushima power plant — the world’s worst nuclear accident in a generation. Tokyo Electric Power Company (Tepco), which runs the Fukushima plant, said it found no anomalies at the site following the quakes. Two other plants in the region also reported no problems. Trains continued to operate normally and no damage or injuries were reported. 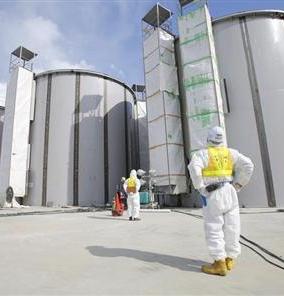